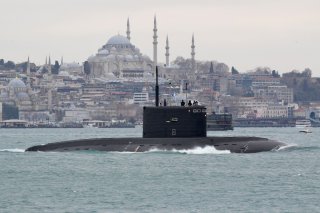 Russia’s Defense Ministry has reported that Russian forces have repelled a Ukrainian effort over the weekend to capture Snake Island, a small landmass just 130 km from the strategically vital southwestern port city of Odessa and around 300 km from Crimea, as per Russian state news outlet TASS.

“Since May 7 at the direct order of Vladimir Zelensky the Ukrainian General Staff with the direct participation of advisers from the US and the UK had plotted a major provocation on seizing Snake Island <…>. Due to professional steps by a unit of Russia’s Armed Forces on the island the Ukrainian provocation was foiled. The enemy sustained major losses,” said Russian Defense Ministry spokesman Igor Konashenkov.

The Defense Ministry claimed Ukraine’s weekend assault on Snake Island was personally ordered by Ukrainian president Volodymyr Zelenskyy, who was purportedly seeking to notch a major battlefield win in time for Russia’s victory day celebration on May 9.

The Russian military said it rebuffed several Ukrainian attempts to execute airborne and amphibious landings on Snake Island. Over fifty Ukrainian servicemen were killed in the fighting, according to the Kremlin. Four Ukrainian aircraft, including three Su-24 attack aircraft and one Su-27 jet fighter, were downed, as were three Ukrainian military helicopters. Konashenkov also claimed that as many as thirty Ukrainian combat drones, including nine Bayraktar-TB2 strike drones, were lost over the course of the fighting for the Island.

As with most of the battlefield claims being made by either side, the Kremlin’s rendition of the battle for Snake Island has not been verified. Nevertheless, it appears that Russian troops are currently in control of Snake Island, suggesting that Ukraine’s latest attempt to retake the territory has failed.

The island bears symbolic value as the site where a local Ukrainian garrison told the now-sunken Russian guided-missile cruiser Moskva, “Russian warship, go f*** yourself,” after being prompted by Russian naval forces to lay down their arms.

Control over Snake Island would be a significant step on Russia’s path to cutting Ukrainian forces off from parts of the Black Sea. “Russia’s current efforts to augment its forces on Zmiinyi Island offer Ukraine more opportunities to engage Russian troops and attrit materiel. If Russia consolidates its position on Zmiinyi Island with strategic air defence and coastal defence cruise missiles, they could dominate the north-western Black Sea,” the UK Ministry of Defence tweeted. Experts say the Island can be used not only to threaten Odessa, but—if the Russians were to station S-400 missile defense systems and other strategic weaponry there—to put pressure on NATO’s southern flank.