Russia Shifts to Brutal Tactics in the Face of Ukrainian Resistance 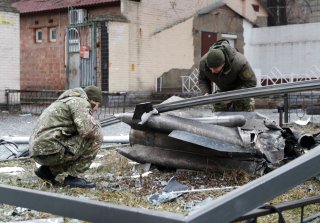 Russia has been frustrated and simply unable to make the gains it anticipated due to Ukraine’s determined resistance. As a result, attacking Russian forces are making what the Pentagon believes is a deliberate tactical shift toward the use of long-range fires, artillery, cruise missiles, and rockets. “They continue to get frustrated, they continue to rely now more on what we would call long-range fires,” Pentagon spokesman John Kirby told reporters on March 8.

A shift toward the use of long-range, ground-fired weapons against cities that the Russian forces have yet to control and identify has led to the killing of children and non-combatants. It would appear that the Russians are simply struggling to make major progress in the north, where they have been attempting to close in on Kyiv. Pentagon leaders have been clear that they believe these unanticipated problems are due to logistical challenges, low troop morale, ineffective combat tactics, and the sheer intensity of Ukraine’s effective use of anti-armor weapons.

The Russians are also using larger Iskander missiles, which have a larger conventional warhead than Kalibrs and travel as far as 300 miles. The Iskander can fire cluster munitions, high-explosive-fragmentation warheads, and bunker busters. A range of 300 miles enables the Iskander to target urban areas at great standoff distances, something that allows Russian forces to bombard residential areas from safer distances.