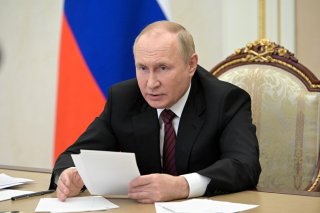 Griner’s sentence, however, will be modified to count the time she spent in pretrial detention after her February 17 arrest at Moscow’s Sheremetyevo International Airport, with each day in pretrial custody counting as one and a half days toward her prison sentence.

It was not immediately clear exactly how much that would reduce the sentence but estimates have pointed to the prison sentence being cut by roughly a year. Griner is now expected to be moved to a penal colony, where she'll serve out her prison sentence.

“I’ve been here almost eight months, and people with more severe crimes have been given less than what I was given,” Griner said during the hearing via video link from her detention center, Correctional Colony No. 1 in Novoye Grishino, north of Moscow.

“I really hope the court will adjust this sentence because it has been very, very stressful and very traumatic to my mental and my psyche and being away from my family, not being able to communicate.”

Griner’s attorneys expressed disappointment after the hearing. The court’s ruling was “not what we expected,” Maria Blagovolina and Alexander Boykov said in a statement.

“The verdict contains numerous defects and we hoped that the court of appeal would take them into consideration. We still think the punishment is excessive and contradicts the existing court practice,” they continued.

Meanwhile, U.S. officials have for months tried to bring Griner and former U.S Marine Paul Whelan home via a prisoner swap but have expressed frustration over what they say is Moscow’s failure to respond to the “significant” offer the United States made over this past summer.

“We are aware of the news out of Russia that Brittney Griner will continue to be wrongfully detained under intolerable circumstances after having to undergo another sham judicial proceeding today,” National Security Adviser Jake Sullivan said in a statement.

“In recent weeks, the Biden-Harris Administration has continued to engage with Russia through every available channel and make every effort to bring home Brittney as well as to support and advocate for other Americans detained in Russia, including fellow wrongful detainee Paul Whelan,” he added.

Russia has stated that it was seeking convicted arms dealer Viktor Bout, who is currently serving a twenty-five-year prison sentence and once earned the nickname the “Merchant of Death,” as part of any potential prisoner exchange.