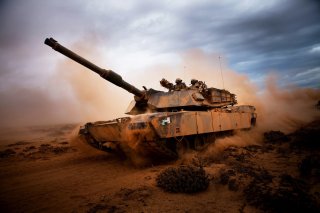 One of the United States Marine Corps’ top generals sees the conflict in Ukraine as proof-positive that the Corps is moving in the right direction by divesting all tank battalions.

"I just don’t see any need" for tanks in the Indo-Pacific region, Lieutenant General Karsten Heckl, the Marine Corps deputy commandant for Combat Development and Integration, said during a panel discussion on Wednesday. "And when you look at an operating environment like the Indo-Pacific, where do you see tanks playing out? Taiwan? OK. Where else?"

Heckl is the Marine general in charge of overseeing the implementation of the Marine Corps’ Force Design 2030. This plan would see the Marine Corps transition from a primarily land-based force, optimized for the grinding land campaigns that defined combat in the Middle East, to a leaner, more maritime-focused force.

Force Design 2030 would tailor the Corps to take on one enemy in one theatre: China and the Indo-Pacific. The plan is not without its detractors, however. Criticism from both inside the Marine Corps and in the civilian world has raised doubts about the strategy, namely that in optimizing itself to fight China, the Marine Corps is hobbling its ability to fight other enemies in other theatres. Heckl sees Russia’s heavy tank and armored vehicle losses in Ukraine reaffirming the Marine Corps’ Force Design 2030 plan.

"You know, the cathartic event for the Marine Corps was when we got rid of tanks," General Heckl explained. "Tanks are – as you saw with the Russian invasion of Ukraine, any armor is a massive consumer of fuel. We learned long ago in Iraq and Afghanistan that fuel trucks on the road immediately became the target. We got to find ways to lessen our dependence because it is now a weakness, right? It has become a significant vulnerability."

Compounding the tank’s fuel and logistical problems is that tanks are generally not amphibious. And tipping the scales at over 70 tons, the M1 Abrams—the United States’ main battle tank—is not a swimmer and, therefore, not an ideal fit for the vast Indo-Pacific theatre.

The top Marine, Commandant David H. Berger, largely agrees. "We have sufficient evidence to conclude that this capability, despite its long and honorable history in the wars of the past, is operationally unsuitable for our highest-priority challenges in the future," Berger wrote in Force Design 2030. "Heavy ground armor capability will continue to be provided by the U.S. Army."

"The ACV is much more – very survivable," General Heckl explained. "You know, very mobile. We’re looking into the possibilities of making something called a Mod 30, with a 30-millimeter cannon on it. I think that will blow a pretty good hole in walls."