Saudi Arabia’s Vision 2030 Is About More Than Numbers 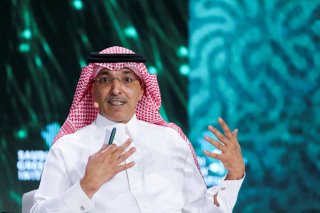 There are two sides to socio-economic reform: the numbers and the story. Every data point is just a number from today amplified by a story about tomorrow. Behind the success of key performance indicators are millions of equally meaningful yet deeply personal success stories. The Middle East’s most ambitious reform project—Saudi Arabia’s Vision 2030—is no exception.

Quantitative metrics and indices can only go so far in relaying what the kingdom’s reform-based trajectory means to Saudis. Let us define reform as a waltz between stories and statistics; out of this dialogue comes a tensile strength, a holistic picture with a narrative-shaping force far more potent than raw data. Novelist Richard Powers captures that efficacy: “The best arguments in the world won’t change a single person’s mind. The only thing that can do that is a good story.”

Vision 2030 outlines a plethora of objectives in pursuit of a diversified economy and thriving society. The goal of increasing female labor force participation from 22 percent to 30 percent is a clear example. Today, that figure is at 33 percent. Exceeding the initial objective ahead of time is, however, just one side of this success. The other, less quantifiable dimension is the elation felt by Saudi women now actualizing unmet potential, the visceral sense of empowerment that thousands of mothers will pass on to their daughters, and the fulfillment that comes with a meaningful career at the heart of national development. The impact of this empowerment transcends the confines of your average desk job. Saudi football prodigy Farah Jefry would certainly agree, as the Saudi Arabian Football Federation recently launched the inaugural season of the Saudi Women’s Football League.

With over 70 percent of the Saudi population under the age of thirty-five, Saudi youth are well-positioned to shape the future of the kingdom. This unique demographic trend warrants greater emphasis on social innovation and entrepreneurship. With this in mind, raising the current contribution of small and medium-sized enterprises to Saudi Arabia’s GDP from 20 percent to 35 percent is a key Vision 2030 objective. Today, that figure hovers around 30 percent. As far as impact is concerned, the Saudi tech transformation extends far beyond what we can compute. The ubiquitous opportunities offered by the sector are rapidly transforming how young Saudis think about success, failure, social impact, and where they stand vis-à-vis national development.

Historically, the career progression for many young people in the kingdom followed a relatively predictable path: graduate from college, land a lifetime job at a large organization or the public sector, and then retire. That path no longer cuts it. Saudi youth today are acutely aware that this generation is uniquely positioned to shape the future of the kingdom and are venturing out, and even excelling, in the unpredictable world of entrepreneurship. This was certainly the case for Mohammed Aldhalaan and Aziz Alsaeed, co-founders of Noon Academy, the fastest-growing educational technology company in the Middle East and North Africa. The entrepreneurial shift we see today will blaze a trail of inspiration for upcoming generations, whose entrepreneurial verve will build on the success of visionaries responsible for the likes of Jahez, Hungerstation, Dokkan Afkkar, Unifonic, and others.

Closely related is the inclusion of more than 400 cultural professions in the Unified Saudi Occupational Classification, a byproduct of Vision 2030. 400 is the number, but what about the story? The young, eccentric Saudi designer passionate about sustainable fashion can now, through creative expression, positively impact national development by launching their own green fashion line. Ditto for the aspiring Saudi film producer or underground musician. Now, more than ever, Saudi youth—in creative industries and beyond—feel heard, respected, and included. They feel that their contributions to society are essential forces for development. Cold, hard data can’t capture the magnitude of that change. This is not an attack on the efficacy of data-driven metrics, but rather a piercing reminder of the lives being transformed on a daily basis.

These stories encapsulate what statistics cannot. These things are hard to measure, predict, or even model in a spreadsheet, but they collectively form Vision 2030’s most potent force: the Saudi individual. And that is the beauty of reform’s dichotomy. Vision 2030 is intended to guide the country’s reform-based trajectory rather than serve as a predetermined forecast of the future state of the kingdom. Vision 2030 is not one big math equation. Instead, Saudis understand that Vision 2030 should not be viewed as a set of goals where success hinges on an abstract relationship between inputs and outputs.

The onlooker who limits Vision 2030’s success to a set of data points is as regressive as the individual willingly ignoring its progress altogether. Perhaps even more regressive, as figures are only truly understood through the lens of the stories and individuals catalyzing them. Data fails miserably in relaying the nuance of reform, the beautiful gray area where policies evolve, empower, inspire, and transform.

There is boundless power in the unquantifiable. To rob reform of its qualitative dimensions is to rob a portrait of its color. From the perspective of its main drivers and prime beneficiaries, Vision 2030 is a canvas in which the brush of policy makes careful strokes, where the number and the story are integrated into one holistic portrait. The onus is on every Saudi to put that masterpiece, in all its facets, on full display for the world to see.

Sultan Althari is an advisor, best-selling author, and columnist for Al Arabiyya English.