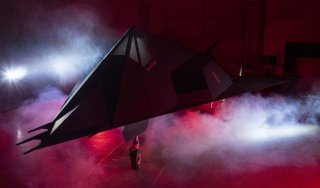 Rumors have long flown around Area 51 — CIA site, UFO dissection location, secret U.S. Air Force research facility? True or not, here are a couple of things we do know about Groom Lake.

One of the most successful foreign aircraft evaluations done in the United States was on the MiG-21. The MiG-21 a fighter-interceptor that was introduced in 1959 and widely exported to countries with friendly ties to the Soviet Union.

The MiG-21 proved to be a capable fighter in Vietnam, where it scored a shockingly high number of kills against U.S. airframes, despite being considerably older, slower, and less well-armed.

Mossad learned of his potential interest in defection, and in one of Mossad’s most challenging missions, managed to smuggle his family out of Iraq to Israel. In a carefully choreographed mission, Redfa flew his MiG-21 from Iraq to an airfield in Israel, despite being seen on radar by Syrian air traffic controllers, who alerted the Iraqi Air Force.

Israel used his MiG-21 to evaluate the airframe’s capabilities and get a sense of what it was capable of. In 1968, the MiG-21 was loaned to the United States as a part of a Defense Intelligence Agency project called HAVE DOUGHNUT that existed for much the same purpose.

The HAVE DOUGHNUT MiG-21 program took place at Area 51. A similar DIA program, HAVE DRILL, evaluated a MiG-17 that Israel had lucked upon, also at Groom Lake.

Both the HAVE DOUGHNUT and HAVE DRILL programs helped revise the Air Force’s tactics against Soviet fighters, particularly over Vietnam, where North Vietnamese pilots kills were close to on par with American kills and resulted in the creation of the famed Top Gun fighter pilot school.

The U-2 spy plane, designed to spy over the Soviet Union, needed to be tested somewhere remote, away from prying eyes — like a desert in Nevada.

The U-2’s incredibly high cruising altitude, at around 70,000 feet, combined with it's odd shape proved to be fertile ground for UFO hunters and conspiracy theorists.

After a U-2 spy plane was shot down over the Soviet Union in 1960, the CIA decided that rather than flying out of the reach of Soviet surface-to-air missiles and interceptors, they’d fly faster — at Mach 3+. It was at Groom Lake that the CIA conducted the initial testing and development of the CIA’s A-12, eventually the SR-71 Blackbird. The Blackbird’s successor, the SR-72, may be at Groom Lake too.

In 2019, a Russian plane, part of the Open Skies treaty between the United States and Russia, flew over Area 51 and photographed the sensitive installation and a number of other secretive military installations on the west coast. It seems that Area 51 may still have some secrets to uncover.