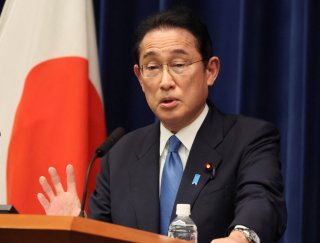 Japan’s ruling Liberal Democratic Party-Komeito coalition is expected to expand its majority in the House of Councillors, Japan’s upper house of parliament, following an election overshadowed by the shocking assassination of former Prime Minister Shinzo Abe on Friday.

The Liberal Democratic Party (LDP), led by incumbent Prime Minister Fumio Kishida, expanded its share of seats in the upper house from 109 to 119, according to exit polls conducted by Japan’s publicly-funded NHK news broadcaster. The Constitutional Democratic Party (CDP), the main opposition party, dropped from forty-four to thirty-nine seats, while Komeito, the LDP’s coalition partner, lost one seat, lowering its total in the chamber to twenty-seven. Together, the two parties are expected to hold 146 seats, well above the 125 needed for a majority, and could potentially gain further support in legislative votes by reaching out to parties with similar ideologies, such as the centrist Democratic Party for the People and the right-wing Japan Innovation Party.

While the House of Representatives, Japan’s lower house of parliament, is more powerful than the House of Councillors and can pass laws on its own with a two-thirds majority, the House of Councillors is required to approve amendments to Japan’s constitution. This process is particularly relevant in Japan, where many lawmakers support repealing Article 9, the section of the constitution that forbids the country from declaring war or maintaining an army. Despite these prohibitions, the Japan Self-Defense Forces, or JSDF, operates as a de facto army and is armed with purely offensive weapons such as missiles. The measure has also been reinterpreted to prohibit offensive wars but allow defensive ones—including a “defensive war” to protect a Japanese ally such as Australia or the United States.

Although the LDP had polled highly in the weeks before the election, the ruling party’s prospects may have been improved by sympathy following the murder of Abe, Japan’s longest-serving prime minister. The former Japanese leader was shot to death on Friday while campaigning in the southwestern city of Nara—a killing that Kishida and other Japanese politicians framed as an attack on the democratic process. The assassin, a former sailor named Tetsuya Yamagami, told police that he had shot Abe over his perceived ties to the Unification Church, a Korean religious movement that he claimed had brainwashed his mother.

A public wake in memory of Abe is scheduled to be held on Monday night, followed by a private funeral for his family on Tuesday. Both ceremonies are expected to take place at the Zojoji Temple in central Tokyo.