Should the United States Eliminate a Leg of the Nuclear Triad? 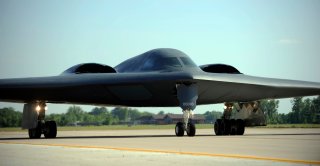 Could the United States sustain strategic nuclear deterrence with a dyad rather than a triad? Some members of Congress and advocates of nuclear disarmament think so.

The idea faces significant bipartisan opposition in Congress and concern from Pentagon weapons developers though some critics contend that canceling the new intercontinental ballistic missile (ICBM) slated to emerge at the end of this decade is more cost-effective. The argument goes that the Pentagon does not need to build 400 new ICBM ground-based systems because the air and sea legs of the triad are sufficient for upholding strategic deterrence.

A new RAND study examines this issue in depth and lists the reasons given by those who oppose canceling the Sentinel program, a new ICBM slated to enter service by 2029.

Proponents of moving to a dyad point to added cost savings and the risks of miscalculation or accidental launch. Others favoring the cancellation of the Sentinel cite the possibility of continued modernization of the Cold War-era Minuteman III ICBM, an idea that has been dismissed by senior Pentagon leaders.

While the RAND report outlines numerous perspectives on the issue, the study takes the position that the United States is in dire need of a new ICBM given the fast-changing threat environment.

If the land leg of the triad is eliminated, the United States would be left to rely on its nuclear-armed submarines and B-2 and B-21 bombers. Many Pentagon leaders and members of Congress, however, say such a move would leave the United States vulnerable to a massive “bolt from the blue” nuclear attack where an adversary launched a large-scale salvo at one time before a counterattack could be launched.

The only way to stop this, proponents of the Sentinel and GBSD maintain, would be to ensure the possibility of a retaliatory response salvo to prevent an adversary from thinking they could win a nuclear war. After all, the premise of strategic deterrence rests upon the assumption of mutually assured destruction and this has proven effective at preventing great power conflicts for over seven decades.