The Soviet Pilot Who Tried to Ram Francis Gary Powers 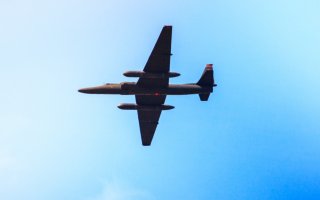 In the early hours of May 1, 1960, the last U-2 flight over the Soviet Union entered the country’s airspace. Sitting in the pilot seat was Francis Gary Powers, a retired U.S. Air Force Captain then employed by the Central Intelligence Agency.

By roughly 5:30 in the morning, Soviet air defenses had detected the plane’s intrusion into its airspace, and although they could not yet shoot the aircraft down, they were closely monitoring its position and likely direction. All civilian aircraft across the country’s south were ordered to land, allowing the radars to focus on the spy plane without the possibility of interference.

It soon became clear that the destination of Powers’s U-2 was the Soviet industrial city of Sverdlovsk, located in southern Russia. Fortunately for the Soviets, the city was well-protected by air defenses. It had both surface-to-air missile batteries and a number of fighter jets on airbases near the city, which were scrambled and told to shoot down the incoming plane.

One of those jets was a Sukhoi Su-9 “Fishpot”, delivered the previous day by Soviet Air Force Cpt. Igor Mientiukov. In fact, the plane was not intended to be there; it was paused in transit between the manufacturer and the unit where the plane was to be stationed. Mientiukov had stopped in Sverdlovsk for the night to rest, only to be woken the following morning and told to go after the approaching spy plane.

There was only one problem: the Su-9 was unarmed. It was not designed with any guns, and because it was in ferry configuration, it had no air-to-air missiles equipped. Therefore, even if Mientiukov could catch the U-2, it was unclear what he could do with it once it was in his sights.

No problem, the Soviet ground control told Mientiukov. Ram the U-2.

This was a ludicrous order to give, and probably a suicidal one. Mientiukov was asked to follow the U-2 from behind, before jettisoning his extra fuel tanks, activating the Su-9’s afterburners, and climbing in altitude to meet the spy plane. Once the two of them were on a collision course, Mientiukov could allow his plane to knock Powers out of the sky – and possibly survive the ejection. Possibly.

Fortunately for Mientiukov, Powers made a turn, and the Sukhoi, without the plane in its sights and guided only by ground control, overshot the U-2 by several kilometers. After initially ordering Mientiukov to return to position behind Powers’s aircraft and try again, ground control instead ordered him to disengage and leave the area – an order that probably saved his life.