Stealth Lasers: Will the Air Force Put Anti-Missile Laser Guns on the F-22 and F-35? 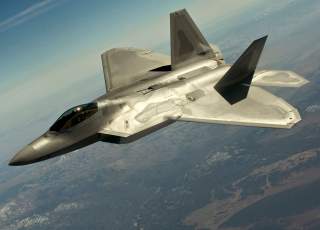 Key Point: As lasers improve, the idea that they could be a commonplace weapon is not so far-fetched. So the military figures why not add them to America's stealth fighters?

Sébastien Roblin holds a master’s degree in conflict resolution from Georgetown University and served as a university instructor for the Peace Corps in China. He has also worked in education, editing, and refugee resettlement in France and the United States. He currently writes on security and military history for War Is Boring. This piece was first featured in September 2019 and is being republished due to reader's interest.