Stealth Time: The Air Force Has Big Plans for Its B-21 Raiders 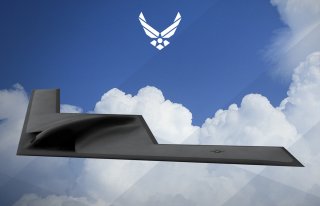 As the new Air Force B-21 Raider bursts onto the scene as a new generation of stealth bomber to drive the force decades into the future, one lesser-known yet equally impactful element of its development is that it will also be able to fly and operate as a drone. Indeed, unmanned mission capability has been woven into the engineering plan for the bomber for many years now, as it is something that can give Air Force commanders a new sphere of operational possibilities.

The future bomber force will consist primarily of new B-21 Raiders and upgraded B-52 Stratofortress aircraft.

“The B-21 Raider will be a component of a larger family of systems for conventional Long Range Strike, including Intelligence, Surveillance and Reconnaissance, electronic attack, communication and other capabilities,” according to an Air Force fact sheet about the B-21 Raider stealth bomber. “It will be nuclear capable and designed to accommodate manned or unmanned operations. Additionally, it will be able to employ a broad mix of stand-off and direct-attack munitions.”

What does it mean for the B-21 to be completely unmanned and operated autonomously to a large degree? Certainly, the algorithms and advanced autonomy exist to sufficient degrees of sophistication and complexity such that a flight path can be maintained, maneuvers can be put into effect, targeting data can be upgraded, navigational detail can be integrated and, with human supervision, bombs could even be dropped.

“The B-21 is being designed with open systems architecture to reduce integration risk and enable competition for future modernization efforts to allow for the aircraft to evolve as the threat environment changes,” the Air Force fact sheet states.

The B-21 Raider is expected to operate with an ability to hold any target at risk, anywhere in the world, anytime, a possibility which, if true, would not necessarily require unmanned missions, according to senior Air Force developers. However, certainly drone-like or unmanned operations can reduce risk should there be a need for stand-in attacks within heavily defended areas.

New kinds of sensing technologies, fortified by artificial-intelligence-capable computer processing, can quickly integrate new target information, organize it in relation to established mission objectives and make crucial adjustments without needing human intervention. Of course, humans could still make decisions regarding the potential use of lethal force, yet advanced autonomy can enable the aircraft to perform an entirely new dimension of mission objective independently in a way that can improve efficiency, speed up a decision cycle and respond to new intelligence information in real-time.

Would a robotic stealth bomber drop nuclear weapons? Most likely not, it would seem, as certain things would likely require those essential attributes and characteristics unique to human cognition. Clearly, the release of a nuclear weapon would likely need very clear hands-on control from a human pilot and not remotely coordinated command and control. However, the ability to operate a nuclear-armed stealth bomber without needing a pilot does introduce significant tactical possibilities of potential operational significance in an extremely high threat environment. It could introduce yet another element of deterrence against potential hostile actors as it would ensure, or at least make more likely, the possibility of close-in attacks in an ongoing nuclear or high-end, heavily contested conventional warfare environment.