Stoltenberg: Ukraine Conflict Turning Into a ‘War of Attrition’ 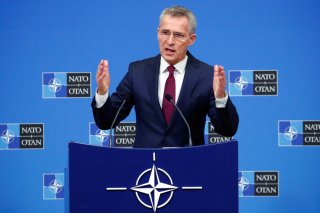 NATO secretary-general Jens Stoltenberg warned on Thursday that the conflict in Ukraine had transformed into a “war of attrition,” and underlined the importance of continued American and European arms shipments to Kyiv.

In his remarks at the White House alongside President Joe Biden, Stoltenberg stopped short of predicting the conflict’s outcome, cautioning that “wars are by nature unpredictable.”

“Therefore,” he added, “we just have to be prepared for the long haul, because what we see is that this war has now become a war of attrition, where the Ukrainians are paying a high price for defending their own country … but also where we see that Russia is taking high casualties.”

Stoltenberg emphasized that NATO had a “responsibility” to continue aiding Ukraine. He also claimed that the war could only be resolved through diplomacy and a negotiated settlement between Russian and Ukrainian officials, although diplomatic talks between the two sides have largely stalled amid accusations of bad faith.

Russia launched its invasion of Ukraine on February 24—100 days ago—after months of preparation, during which roughly 200,000 Russian troops were stationed along Ukraine’s eastern border with Russia and northern border with Belarus. Russian troops were also positioned in the Crimean Peninsula, a territory internationally recognized as part of Ukraine but which Russia invaded and annexed in early 2014.

During the preparation period, Russian leader Vladimir Putin repeatedly denied planning to invade Ukraine, emphasizing that the Kremlin’s actions were purely defensive and suggesting that they could return to their bases if Ukraine would guarantee that it would never join NATO.

However, U.S. and European intelligence officials repeatedly warned in the weeks leading up to the conflict that Russia was planning an invasion.

Although Russia initially invaded Ukraine from all sides, fierce resistance in the north and northeast ultimately pushed them back, protecting the cities of Kyiv and Kharkiv from Russian capture. The Kremlin has since shifted tactics, intending to consolidate captured territory in the south and in the eastern Donbass region, where a pair of pro-Russian separatist movements have been active since 2014.

While the United States and other NATO countries have supplied Ukraine with extensive military and financial assistance—most recently including an additional $700 million weapons package, which Biden announced on Wednesday—Russian advances have continued, and supply shortages of some items in the United States have delayed deliveries to Kyiv.

Stoltenberg emphasized in his remarks that these bottlenecks should be corrected. He also highlighted the need for European unity, praising the recent decisions by Finland and Sweden, two historically neutral northern European nations, to join NATO.