Stronger Than Steel: Why the U.S. Military Runs on Beryllium 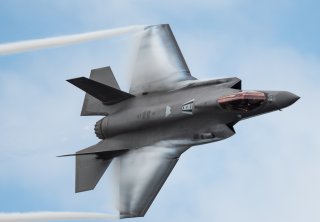 Imagine an airplane that weighs half as much as current jets, rocket fuel with the highest specific impulse, and springs that can sustain up to twenty billion load cycles, making them fatigue-free and almost everlasting. These are just some of the uses of a rare metal called beryllium. It is also used in the nuclear energy industry (as a neutron moderator). Furthermore, the thermal insulation qualities of beryllium oxide can aid in investigating the Earth's depths. This metal is mostly produced in Kazakhstan, China, Russia, and the United States.

One of the lightest metals on Earth, beryllium is characterized by considerable strength, greater than that of structural steel. Moreover, it has a significantly higher melting point than magnesium and aluminum. Such a successful combination of properties makes beryllium one of today's key aviation materials. Aircraft parts made of beryllium are 1.5 times lighter than aluminum.

Beryllium raw materials are generally available across the world. Brazil and Argentina have the largest deposits, accounting for nearly 40 percent of global production. India and many African countries also have significant quantities of beryllium ores. The Chinese Xinjiang region may have over 4,000 tons of the rare metal.

Coarse-grained beryl was once mined by hand. This artisanal approach produces up to 3,000 tons of concentrate annually in Brazil. New flotation processes have just lately been devised to utilize previously unprofitable sources of fine-grained beryl.

Like its cousins lithium and boron, beryllium is relatively rare in the Earth's crust, making up just 0.0004 percent by mass of the Earth's crust​​. Although beryllium is a rare element, it is not scattered, as it is part of the surface deposits of beryl in pegmatite rocks, which were the last to crystallize in granite domes. There are reports of giant beryls up to one meter long and weighing several tons.

What About the Army?

Beryllium metal is employed in the aerospace and defense industries in the United States to manufacture lightweight, precise components.

Moreover, stiff beryllium mirrors decrease vibration and offer a jitter-free optical route for aiming and fire controls on rolling battle tanks. Beryllium is also utilized in the detection and destruction of improvised explosive devices and tactical mines from the air. It is also crucial in new guided missile defense systems, ensuring the system’s ability to direct, target, and eventually destroy missile threats.

Also, the electrical systems onboard U.S. military satellites rely on beryllium metal for structural and dimensional stability, as well as dependability.

In addition to the hardcore military equipment, the material also powers homeland security. Beryllium and beryllium-containing compounds have been used in equipment enabling surveillance, inspection, and countermeasures at airports, ports, border posts, and other public assets. Beryllium components can be found in X-ray machines, sorting equipment, and scanners used to screen luggage and cargo for unlawful and harmful chemicals.

Scientists were able to obtain beryllium in its pure form only at the end of the nineteenth century. Then, no one knew how to use it, so all the scientific literature indicated that it had no practical application. However, scientists eventually recognized how valuable it is.

For instance, beryllium-made springs are linked to an unusual story in World War II history. Adolf Hitler's massive defense industry was isolated from the primary suppliers of beryllium raw materials, as the United States controlled practically all of the world's output of this vital strategic metal. So instead, the Germans decided to smuggle beryllium bronze through neutral Switzerland. American firms received an order from Swiss "watchmakers" for so much of it that it would have been adequate for all the world’s clock springs for the next 500 years. However, the ploy was discovered, and the order remained unfilled. Despite that, beryllium bronze springs were occasionally seen in the newest models of rapid-firing aircraft machine guns used by the Nazi forces.

All properties and qualities of beryllium have not yet been fully found, and who knows what else we will learn about it.