Stuck at Port: The USS Nimitz Aircraft Carrier Still Has a Significant Problem 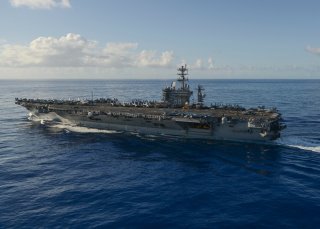 The USS Nimitz, one of the United States Navy’s nuclear-powered aircraft carriers, is still stuck in port due to a contaminated drinking water problem. The issue, discovered by the ship’s crew, affected the ship’s entire water supply and forced the USS Nimitz to source water from the city of San Diego, where the carrier is at port.

“Nimitz’s scheduled underway date from NAS North Island was postponed in order to conduct further testing and evaluation of its potable water system. The ship has been connected to the city of San Diego’s water supply since Sept. 17 and continues to provide fresh water to the crew.”

“The health and wellbeing of our Sailors is a top priority, and the internal potable water system remains offline until we can be certain it can produce the highest quality water to the crew,” U.S. Navy personnel said in a statement.

“Laboratory tests were conducted on wastewater samples taken on Sept. 19 upon Nimitz’s arrival at Naval Air Station North Island. Those tests did not detect measurable amounts of fuel hydrocarbons in the wastewater,” the statement continued.

“Additional testing was conducted Sept. 21 on water samples from the ship’s potable water tanks which yielded detectable traces of hydrocarbons.”

The USS Nimitz is the lead ship of the Nimitz-class nuclear-powered aircraft carrier. Commissioned in 1975, the carrier is approaching a half-century of service, and the U.S. Navy plans to retire the ship sometime in 2025.

“The crew immediately took action to secure access to the ship’s potable water and provide bottled water to the crew. After conducting a thorough flush and inspection of its potable water system, fresh water has been restored to the ship. The water onboard the ship is safe for use and the health and wellbeing of all of our sailors is a top priority,” a spokesman for Naval Air Forces said to USNI News earlier this month.

The upcoming class of American naval aircraft carriers, the Ford-class, will supersede the Nimitz-class carriers and is expected to be a much more capable naval aviation platform. However, despite their usefulness at sea, the proliferation of long-range anti-ship missiles has challenged the aircraft carrier’s supremacy.

For now, however, the United States Navy must contend with a fleet of aging carriers that have grown long in the tooth since their introduction in service in the 1970s and 1980s.