This Submarine Is the U.S. Navy's Worst Nightmare 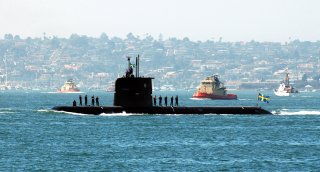 Know this: They aren't even nuclear powered.

China and Xi Jinping Sent a Message to Taiwan (but Did Taipei Hear It?)