Tensions Between Pakistan and the Taliban Explode After Pakistani Airstrikes 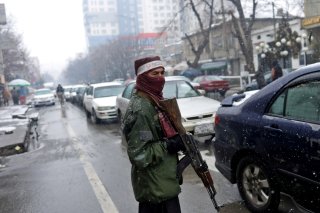 Pakistan’s military launched a series of airstrikes on the Afghan provinces of Khost and Kunar on Saturday, leading to the deaths of at least forty-seven civilians and raising concerns of retribution from the Taliban-led government in Kabul, according to AFP.

Afghan officials announced the death toll the following day, also noting that twenty-two civilians had been injured. Shabir Ahmad Osmani, an official in Khost, claimed that the attacks had taken place near the “Durand Line,” the border dividing Afghanistan and Pakistan that was drawn by a British official and went into effect in 1919.

Osmani claimed forty-one deaths had occurred within Khost, while a separate official in neighboring Kunar indicated that six civilians had been killed in the air attacks. The attacks led to a series of anti-Pakistan demonstrations within both provinces.

Although the Pakistani military offered no comment on the attacks, the country’s Foreign Ministry issued a statement on Sunday urging the Taliban government to take steps against Pakistani fighters seeking refuge in Afghanistan for future terror attacks across the border. The statement seemingly implied that the strikes had taken place against Pakistani anti-government militants who had crossed the Durand Line in search of safety from reprisals. “Terrorists are using Afghan soil with impunity to carry out activities inside Pakistan,” the statement read.

Although Pakistan initially welcomed the Taliban conquest of Afghanistan in August 2021, and then-Prime Minister Imran Khan urged the world to attempt to build relations with the new government, border tensions have increased between Islamabad and Kabul, and the Pakistani government has grappled with growing frustration over the problem of Pakistani militants in Afghan territory, which the Taliban has displayed little interest in pursuing.

The Taliban government has also voiced growing frustration with Pakistan over the Pakistani government’s construction of a border fence intended to prevent smuggling and the illicit movement of people across the extremely porous frontier. Throughout its modern history, the Afghanistan-Pakistan border has never been fully policed, and fighters freely entered Afghanistan from Pakistan to take part in the war with the Soviet Union from 1979 to 1989. Conversely, after the Taliban government quickly collapsed following the initial U.S. invasion in October 2001, many Taliban and Al-Qaeda commanders fled across the border to Pakistan, where Osama bin Laden was ultimately detected and killed in May 2011.

It is unknown whether Shehbaz Sharif, Pakistan’s new prime minister after Khan’s expulsion from office last week, will continue his predecessor’s policies of encouraging diplomatic engagement with the Taliban.