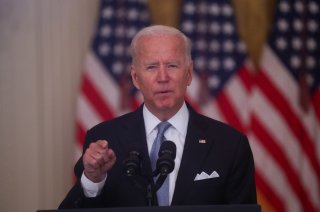 Under the Biden administration, the fight against corruption and impunity on a global scale has officially become a major foreign policy priority. Nowhere is this policy more evident than in the U.S. government’s pursuit of Liberian war criminals, whose violence threatens to tarnish the bicentennial of the arrival of the first free Black Americans to Providence Island, Liberia.

Among the fruits of the new strategy is the forthcoming extradition to the United States of former Honduran president Juan Orlando Hernandez to face drug trafficking charges. The Biden administration has also imposed sanctions on Russian president Vladimir Putin and dozens of sitting Duma deputies and Kremlin cronies for their roles in Russia’s illegal war against Ukraine.

But the arrest on March 26 of longtime Liberian warlord Sekou Kamara in New York demonstrates that the United States has a long memory for human rights abusers. Kamara was allegedly a general in the Liberians United for Reconciliation and Democracy (LURD), a rebel group that was responsible for 12 percent of the atrocities documented in the Liberian Truth and Reconciliation Commission’s 2010 final report. The nation’s brutal civil wars that ran from 1989 through 2003 killed more than 250,000 Liberians and displaced hundreds of thousands more.

But Kamara was not arrested for those crimes. Instead, the “General Dragon Master” was charged with lying to U.S. immigration authorities on his application to enter the United States and using an illegally acquired green card to obtain other documents. The criminal complaint against Kamara was submitted to the Eastern District of Pennsylvania, which has pursued other Liberian war criminals.

Immigration violations have been used before to bring perpetrators of atrocities to justice. Mohammed Jabbateh, a battalion commander in the United Liberation Movement of Liberia for Democracy (ULIMO), was found guilty after the Eastern District of Pennsylvania prosecuted him for immigration fraud and perjury after lying about his wartime past in an asylum application. The warlord, commonly known as “Jungle Jabbah,” was sentenced to thirty years in prison in 2018.

Similarly, Jucontee Thomas Woewiyu, who was a top official in Charles Taylor’s National Patriotic Front of Liberia (NPLF), was convicted in 2020 of lying on his U.S. immigration forms about his ties to war criminals.

The message in Kamara’s arrest, coupled with recent remarks from Washington’s ambassador to Liberia and a resolution making its way through Congress, is unmistakable. Wrongdoers from Liberia’s civil war still remain targets for prosecution, and the U.S. government is losing patience with Liberia’s slow walking the establishment of its own war crimes court.

As the United States grows increasingly concerned about Liberia’s political and economic trajectory, there is a renewed impetus from all levels of the government to prosecute war crimes and corruption, no matter how long ago these violations took place.

U.S. attorneys, members of Congress, and even the U.S. ambassador to Liberia have made it clear that they intend to pursue all individuals suspected of undermining the rule of law or engaging in corruption in Liberia, both past and present. H. Res. 907, introduced in February, reaffirms the U.S. commitment to support progress toward transparency, accountable institutions, and other tenets of good governance in Liberia.

The Legislation specifically implores the White House to “continue to impose targeted sanctions and other measures against those responsible for undermining the rule of law as well as the faith and trust of the Liberian people through the conduct of corruption, gross violations of human rights, and other acts that threaten the peace and security of Liberia.”

In an op-ed published on March 15, U.S. ambassador to Liberia Michael McCarthy, a strong proponent of sanctions against those guilty of corruption and war crimes declared that “the U.S. Government is sufficiently concerned about corruption in Liberia to sanction individuals. Corruption leads to citizen frustration and has had destabilizing effects on countries in the region. It poses significant risks to peace and democracy.”

Prince Yormie Johnson, a sitting Liberian senator and former warlord, was sanctioned by the United States last December under the Global Magnitsky Act, the sweeping legislation that authorizes sanctions against any individual viewed to have violated human rights or engaged in corruption. In December 2020, the United States sanctioned Senator Harry Varney Sherman, a former Chairman of Liberia’s ex-ruling party, for his involvement in a bribery scheme.

Other individuals directly cited by the Truth and Reconciliation Report, including Benoni Urey, who is currently the leader of a minor political party, are the likely next targets. Urey was listed as a Specially Designated National (SDN) by the Treasury until 2015 for his involvement in money laundering and illegal arms trading.

In 2009, a leaked cable penned by then-Secretary of State Condoleezza Rice noted, “Benoni Urey continues to pose an ongoing threat to the peace and stability in Liberia and the subregion. Urey was the Commissioner of Maritime Affairs for former Liberian President Charles Taylor and was known to play a key role in arms procurement.” In 2016, reports also circulated that Urey was denied a U.S. visa in an embarrassing incident at the U.S. Embassy in Monrovia, Liberia.

Benoni Urey has long played a complex game in his effort to evade accountability for his wartime actions. He spearheaded dubious legal charges against his political opponents in an effort to maneuver himself back into a position of power and disingenuously declared his support for a Liberian war crimes court. Last year, Newsweek wrote that Urey is simply hopping “from one bandwagon to the next, hoping it will never reach a real court of international law.”

The arrest of Sekou Kamara sends the unmistakable message from Washington: war criminals, no matter how long ago their crimes took place, will face justice for the sake of Liberia’s peace and stability.

Urey once declared in defense of his patron Charles Taylor, “Let them free Taylor or carry everyone to jail; we had a war in Liberia and one person did not commit all atrocities. A lot of people did and if one person can face justice, why not the rest?”

He should be careful what he wishes for.