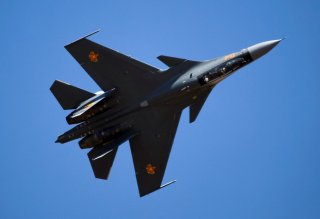 While the Biden administration and Congress are focused on the war in Ukraine, it is imperative that Kazakhstan, a critical partner for the United States in combating terrorism and diversifying global energy sources, is not overlooked. Washington has helped strengthen the sovereignty of Kazakhstan—strategically located near China, Russia, and Iran—and the Bush administration negotiated a strategic partnership with Kazakhstan that was renewed in 2018. However, recent events in this important nation suggest that its reputation for stability is under threat.

On January 1, a planned removal of the cap on liquified petroleum gas prices led to a sharp rise in prices. After two days of large-scale protests, the government agreed to re-establish the cap at a lower price for the next six months. By then, protests had ignited across the country and acquired a political leaning, with calls for the dismissal of the government and the resignation of the country’s first president, Nursultan Nazarbayev, from his post as chairman of the powerful National Security Council. The protests devolved into violence and looting on January 5, shattering Kazakhstan’s reputation for stability, particularly in the country’s largest city, Almaty.

The authorities responded with disproportionate violence. Officially, 227 people were killed during the violent crackdown on the unrest. A local movement, qantar2022.org, has taken account of at least 2,400 people who died, were arrested or tortured, or remain missing. The final number of victims has not been released.

This event is not surprising for Central Asia. In April 2010, Kyrgyzstan’s military used lethal force to suppress mass peaceful civil protests, killing eighty-seven people and injuring 1,500 more. The events ended with the detainment of President Kurmanbek Bakiyev for abusing his power in office. Seventeen years ago in Andijan, Uzbekistan, citizens rose to protest, and the authorities responded similarly, claiming as many as 1,500 victims.

While the world focuses on the war in Ukraine, the tragic events in Kazakhstan have been overlooked by the international community. In the case of Andijan, the EU Parliament, the U.S. Congress, and the UN General Assembly all condemned the lethal force used against peaceful protesters. International pressure forced the government to conduct an open investigation into the events.

President Kassym-Jomart Tokayev neglected his primary duty by breaching the Constitution of Kazakhstan multiple times last month. He acted above the law by calling in Russian forces through the Collective Security Treaty Organization (CSTO) to put down civil unrest without parliamentary consent, justified by a spurious narrative of a foreign threat. He also defied the law by ordering his National Guard to shoot to kill without warning, also without any parliamentary approval. The two-time former prime minister, Karim Massimov—a modernizer and friend of the West—has been arbitrarily detained since January 5 on trumped-up charges of treason. He is just one of the thousands of newly created political prisoners in Kazakhstan. Tokayev’s actions against his own people demand the invocation of the Magnitsky Act.

Congress showed leadership in 2016 by developing the Magnitsky Act to sanction those who are “responsible for extrajudicial killings, torture, or other gross violations of internationally recognized human rights.” The events in Kazakhstan fit this designation and merit a full investigation. All those closely associated with the implementation of this “shoot-to-kill” order—including Erlan Turgumbayev, Ruslan Jaqsylyqov, Ermek Sagimbayev, and Marat Nurtleu—must be held accountable.

President Tokayev announced to the world that government forces would put down protesters using indiscriminate violence, leading to hundreds of innocent deaths. This cannot be allowed to pass unnoticed or unpunished. An urgent international investigation must happen now.

David A. Merkel is an Associate Fellow at the International Institute for Strategic Studies (IISS), former Deputy Assistant Secretary of State, and former Director of South and Central Asian Affairs for the U.S. National Security Council. He is a founding pro bono trustee of Nazarbayev University in Kazakhstan.