The Truth About the Evolution of Russian Military Doctrine 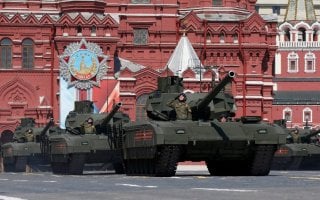 To understand the nature and shortcomings of the Russian war in Ukraine, it is important to reflect on the nature and evolution of Russian military doctrine. Throughout the history of the Soviet Union, military doctrine provided a guide for defense matters, such as the allocation of resources, the question of command, and the deployment of forces. However, it never indicated a specific response to military conflict, thus always providing officials a large degree of flexibility. Soviet military doctrine was never codified in an official document either and instead came from a variety of sources. The definition of military doctrine did not change until Mikhail Gorbachev's leadership when operational concepts were subordinate to a socio-political dimension. Then in 1993, for the first time in the contemporary history of Russia, a military doctrine was formally approved.

Between the late 1970s and the 1980s, the Soviet Military Encyclopedia defined war as a sociopolitical phenomenon, borrowing terms from Vladimir Lenin's work, whose death had facilitated the elaboration of a military doctrine in the 1920s. After the 1980s, Russian military doctrine began to take a predominantly sociopolitical meaning and with this shift, it sought to address the role of Russia in the world, the role of the armed forces within its governmental system, and its nuclear posture. Post-Soviet Russian military doctrine departed from Gorbachev's proclamation by identifying the military as a purely defensive institution with a legitimate role in internal armed conflicts. The doctrine aimed to resolve the failure and inability of the Ministry of Internal Affairs to confront the uprisings in Tbilisi, Georgia, and Baku, Azerbaijan after which the military was used to violently crackdown on civilian populations. Russia, therefore, sought to legitimize the role of the military within the borders of the former Soviet Union. While the Soviet Union was mainly concerned with ideological questions, post-Soviet Russian military doctrine concerned itself more with the "threats" within the borders of the former Soviet Union and its allies, especially after NATO's intervention in Yugoslavia.

Previously, however, Soviet military doctrine was more concerned with operational questions. During the 1920s and 1930s, a group of prominent Soviet military officers revolutionized the study and practice of military affairs. While these officers began their careers in the Imperial Russian Army, their innovative thinking led them to form new conclusions based on the technological and industrial developments of the time. In a new environment that allowed for massive mobilization, these Russian officers articulated a concept that came to be known as operational art, and which sought to fill the gap between strategy and tactics. While not a new concept, as Carl von Clausewitz, Antoine Henri-Jomini, and Helmuth von Moltke had already demonstrated, it had never been developed and delineated with such clarity.

After WWI, these officers concluded that the war’s belligerents had entered the conflict without understanding it or evaluating the changes that occurred. As a result, these nations confronted the war with old methods and procedures. For these Soviet officers, it was essential to find military solutions to the problem of limited mobility and capacity to maneuver on stagnant battlefields.

Vladimir Triandafillov elaborated on the concept of deep operation, which consisted of simultaneous attacks on all enemy defenses by air power and artillery, along with the penetration of enemy territory by armored units to surround and destroy the defenders. Infantry needed to play the main role, supported by all other elements in the pursuit of an objective. For Georgii S. Isserson, the campaign needed to possess sustained and consecutive deep operations, integrated into both space and time, and shift from a linear strategy to a deep strategy. The objective, facilitated by new technology, was to surround and isolate the enemy, depriving it of the necessary logistical support for it to survive.

But when Josef Stalin came to power, he sought to eliminate challenges to his rule and purged the Red Army of the thinkers revolutionizing military theory. Of course, the time of the purges coincided with the start of World War II and threatened the existence of the Soviet Union. Ironically, Nazi Germany's blitzkrieg throughout Europe had many similarities to the military ideas espoused by the purged Soviet officers, including the Soviet concept of deep operation.

The Red Army achieved those victories by modifying its organization, adapting it to a combined force of mechanized and artillery units, and merging infantry units to achieve a larger offensive capacity on specific fronts and thereby penetrate the enemy’s defensive lines. The objective was to break through tactical and forward enemy defenses and then use fresh shock troops to exploit the interior until mechanized and armored units encircled the enemy. When the Red Army attacked the German Army Group in Byelorussia, it successfully achieved the concept of deep battle and operation, destroying the 4th German Army, inflicting over 400,000 German military casualties, and cutting off another 300,000 German soldiers. It was a catastrophic loss for Nazi Germany, which coincided with the timing of Operation Overlord. It should be noted that regardless of the great success, Soviet losses were substantial during this operation.

After WWII, the introduction of nuclear weapons undermined Clausewitz's conception of war as politics by other means and produced a stark change in Soviet military doctrine. Marshall Vasily Sokolovsky illustrated this best by arguing that future conflicts were going to have a fundamental nuclear character and that nuclear weapons would play a decisive role on the battlefield. Soviet military thinking began to prioritize nuclear weapons over operational maneuvers, forgetting that it had been the application of operational art which enabled the Soviet Union to achieve victory over Nazi Germany. These operational concepts lost relevance as nuclear weapons became the main method to destroy the enemy.

For Soviet military doctrine, nuclear weapons were given a bigger priority in strategic planning while operational concepts were relegated to a minor concern. Thus, operational art became dependent on nuclear warfare. The Soviet Union created the Strategic Rocket Forces and sought to reduce the size of its military personnel, looking to disperse them to make them less vulnerable to a nuclear attack. In the 1980s, Marshall Nikolai Ogarkov attempted to return to operational concepts by arguing that nuclear war was not a rational way to achieve political objectives, and instead conventional capabilities needed to be strengthened. Orgakov sought to expand air, mechanized, and armored divisions, believing that a war against NATO could be won through a rapid and surprise conventional attack with conventional weapons that penetrated deep into enemy territory.

Nevertheless, after the fall of the Soviet Union, the Russian military inherited the requirements for nuclear war and its conventional resources were reduced. Questions surrounding Russian military doctrine were unclear, and debates arose between different officials. Those who followed General Vladimir Slipchenko prioritized technology over ground forces while officials who followed General Makhmut Gareev argued that it was impossible to win a war by relying on ballistic missiles and precision-guided weapons.

After his promotion to Chief of the General Staff in 2012, General Valery Gerasimov has been proclaimed by many Western analysts as the "father" of Russian hybrid warfare, also known as the Gerasimov Doctrine. But Gerasimov has never been a theorist. Instead, he is a pragmatic and practical officer with experience in armored forces, a mindset moderately-rooted in the Soviet operational tradition, and whose most recent model of warfare before he became Chief of the General Staff was the Gulf War. Many Western analysts conflated the ideas he espoused in 2012 with the Western debates on the transformation of war that have been discussed in academic circles since the 1990s. But this was a mistake. What Gerasimov was trying to do was allude to the traditional Russian concept of non-linear warfare—which refers to the use of both regular and irregular forces along with psychological, economic, and diplomatic means—and the traditional concept of deep operation, which is based on a systematic and national effort combining diplomatic, social, and military elements. In fact, in his infamous speech, he cited Isserson and Svechin, although both in reference to general propositions like military combat readiness and preparing for future conflicts.

While the Russian military doctrine of 2014 resembled the Western debates on the transformation of war, Gerasimov has shown that he is more likely to put into practice ideas from the Soviet era, such as nuclear deterrence, the development of hypersonic missiles, and the continuation of a reserve force, rather than to implement the reforms of former Defense Minister Anatoly Serdyukov who attempted to transform the Russian Army from a conscript army to a professional army after the military failures in Georgia. Regarding mobilization, Gerasimov falls more in line with the Brezhnev era than with some kind of new generation of warfare.