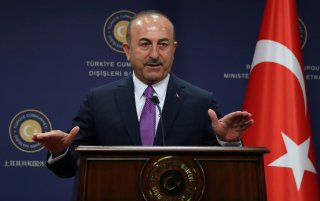 Turkish foreign minister Mevlut Cavusoglu said on Tuesday that a number of NATO countries want the Russo-Ukrainian War to continue.

"There are countries in the West that want the war to continue, with NATO member states among them. I mean not only the U.S. but also NATO member countries,” Cavusoglu told Turkish news outlet Haber Global on Tuesday. “There were also those who wanted to sabotage the grain agreement. Yet this wasn’t the U.S.The U.S. contributed [to the execution of the grain deal], including lifting restrictions on the exports of Russian fertilizers, unblocking ports and [lifting restrictions] on banking operations. Yet there were also European countries who wanted to sabotage this. We are not losing hope and continuing our efforts.” Cavusoglu did not elaborate on which countries he believes are fueling the Ukraine war and precisely what steps they have taken to perpetuate the conflict.

Turkey has broken ranks with fellow NATO members in its refusal to support the Western economic and diplomatic maximum-pressure campaign against Moscow, instead taking steps to deepen its financial ties with Russia. Turkey stonewalled the NATO bids of Finland and Sweden for weeks before seemingly relenting, though Ankara officials have recently reiterated threats to block the two countries’ accession if they do not comply with Ankara’s demands for the extradition of accused terrorist suspects.

Turkish president Tayyip Erdogan has been a leading player in facilitating dialogue between Moscow and Kyiv since the Russian invasion of Ukraine commenced on February 24, hosting a series of bilateral talks between Russian and Ukrainian negotiators over the course of March that ultimately failed to yield a peace agreement. Ankara again emerged as a key regional broker earlier this summer by mediating a four-way deal between Russia, Ukraine, the UN, and Turkey to guarantee unimpeded shipments of grain out of Ukraine. The agreement established the Joint Coordination Center in Istanbul, staffed by Ukrainian, Turkish, and Russian representatives, to oversee exports of agricultural products out of Ukrainian Black Sea port cities. As many as thirty-three ships departed Ukrainian ports under the new agreement, Cavusoglu said.

Erdogan met with Ukrainian president Volodymyr Zelenskyy and UN chief Antonio Guterres earlier in August to discuss ways to end the Ukraine conflict. Cavusoglu, who hailed the passage of the grain deal as a possible precursor to renewed peace talks between Russia and Ukraine, stated during a press conference in Georgia last month that the international community should step up its efforts to facilitate a ceasefire in Ukraine. “For a permanent cease-fire, third countries must also show support. Ultimately, this war will end at the diplomacy table. As Turkey, we will continue to do our best so that the parties return to the diplomacy table as soon as possible,” he said. "There is no winner in a war.”