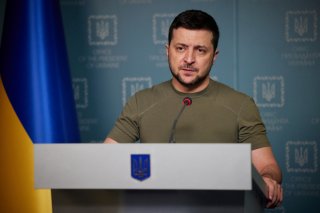 Gazprom wrote in a Twitter post that the full amount of gas it is supplying for Moldova is not ending up in the former Soviet republic, adding that nearly 25 million cubic meters of gas have been supplied but not paid for.  “If the imbalance observed during the transit of gas to the Moldovan consumers across Ukraine continues, then, on November 28 at 10am, Gazprom will start reducing its gas supplies to the Sudzha entry for transit through Ukraine,” the Russian energy corporation said.

Top Kyiv officials, who deny withholding gas meant for Moldova, denounced Gazprom on Wednesday. "Gas blackmail is an established Russian practice that the Kremlin continues to use for geopolitical purposes," said Ukrainian energy minister German Galushchenko in a statement to Reuters. "After the full-scale invasion of Ukraine, Russia began to rapidly lose the European gas market. The Kremlin cannot accept this, which is why it is inventing new ways to regain its influence," he added.

Galushchenko’s “blackmail” accusations were echoed by Moldovan prime minister Natalia Gavrilita. Russia has not signaled its intention to cut off gas supplies, "but the government is ready for any scenario, as Russia continues to use energy resources as a tool of blackmail,” she said, according to Reuters.

Russian natural gas exports to the European Union (EU), which accounted for 40 percent of the bloc’s total gas consumption in 2021, have plummeted to just 9 percent of EU imports in the months following the onset of the Russo-Ukrainian War. Russia’s energy industry began aggressively restricting gas supplies from the Nord Stream 1 pipeline—comprising 35 percent of the Russian gas imported by the EU—in June and closed it off entirely in August, prompting claims from European officials that the Kremlin is using energy exports as a “weapon of war.” Moscow has denied Western accusations of “energy blackmail,” insisting that the restrictions in output were caused by technical issues.

The Nord Stream 1 and 2 pipelines were seriously damaged in September by explosions that investigators say were an act of sabotage, leaving the Ukraine route as one of the last pipelines still bringing Russian gas to Western Europe.

The further restrictions on Russian gas supplies may exacerbate the energy crisis gripping Moldova, which relies heavily on Gazprom for its energy imports. “This is not the first time that Russia resorts to using gas as a tool of political pressure,” said Olha Belkova of the Gas Transmission System Operator of Ukraine, according to the AP. “This is a gross manipulation of facts in order to justify the decision to further limit the volume of gas supplies to European countries.”