Ukraine Shows the West How to Conduct Small Arms Maneuver 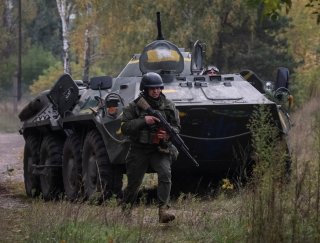 Throughout its successful and somewhat unanticipated defense against Russia’s invasion, Ukraine’s military has managed to destroy thousands of Russian tanks, vehicles, and personnel. Ukraine’s resilience has captured the imagination of the West and inspired a large-scale international campaign to arm and support Ukraine over the long term.

Recent data published by Ukraine’s Ministry of Defense highlighted the pace at which Ukrainian forces continue to destroy Russian soldiers, assets, weapons, and platforms. As of October 24, Ukraine reported that nearly 5,000 Russian combat vehicles have been destroyed, including 2,590 tanks, and 4,044 vehicles and fuel tanks.

These numbers demonstrate Ukraine’s defensive success against heavy Russian mechanized units and underscore some of the war’s emerging lessons. When it comes to defensive warfare against a mechanized force, an agile, dismounted, and dispersed force can be particularly impactful, especially in urban areas or uneven terrain from which defenders can launch attacks against advancing armor and combat vehicles. Attacking from obscured positions, particularly along choke points such as bridges or narrow streets, gives dismounted soldiers with anti-armor weapons a distinct advantage. This was particularly true of the Russian invasion, which was further complicated by supply problems, tactical inefficiency, and faltering morale.

Ukraine’s destruction of Russian armored vehicles also seems to point to a tactical failure when it comes to Russian combat maneuvers. Convoys were insufficiently supplied and lacked critical force protection mechanisms. A convoy needs to not only remain networked with other elements of a force but also operate with some built-in protection measures. These can take the form of air support, drones attached to the approaching unit to surveil the roads and terrain ahead, or vehicle-mounted anti-air and anti-ambush weapons.

The range, effectiveness, and guidance of anti-armor weapons such as Javelin anti-tank missiles and Stinger anti-air weapons have vindicated war planners, such as in the Marine Corps, calling for a lighter, faster, more expeditionary force operating with less heavy armor. The Marine Corps Force Design 2030 strategy, for instance, calls for a reduction in heavy armor and an increase in drones, unmanned systems, and more heavily armed, faster tactical vehicles.

This “lesson learned” from Ukraine is also matched by what might seem to be a contrary thought. While an extremely lethal expeditionary and more mobile force can penetrate enemy formations, attack with precision and effectiveness, and achieve a high-speed, networked armed attack, there is still a place for heavy armor. This is particularly true when it comes to reclaiming territory and holding ground as has been crucial during Ukraine’s ongoing counteroffensive.