The Underrated Resiliency of the Liberal Democratic Order 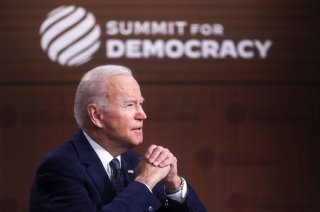 In a widely acclaimed article published in the National Interest in the summer of 1989, the American political scientist Francis Fukuyama prophesized that mankind had reached the end of history, in which the final victory of liberal democracy over its totalitarian counterparts was all but assured. Enter the twenty-first century, and the picture, a stark reverse of Fukuyama’s predictions, appears much bleaker. Democracy, experts like Anne Applebaum remind us, is finished, and authoritarianism has become the new fashionable trend in contemporary geopolitics. Recent developments, at a first glance, seem to confirm these sentiments. Russia’s invasion of Ukraine, China’s frequent incursions into the Taiwan Strait, and the resurgence of the Taliban in Afghanistan after America’s disastrous withdrawal last August have all exposed the fundamental weaknesses of the Western liberal democratic order. However, for all of their pessimism and in their haste to condemn the West’s apparent vulnerability and inactivity, these skeptics miss an understated yet crucial point: Authoritarian forces often retaliate from a position of weakness, not strength, and they are often reacting to, rather than determining, the course of current events. Ultimately, they feel powerless to stop what Ronald Reagan once so accurately declared would be their final fate: a sudden and swift descent into the ash heap of history.

The English philosopher Edmund Burke once stated, in reference to the eventual triumph of liberty over despotism, “I venture to say no war can be long carried on against the will of the people.” Nowhere is this adage perhaps more reflected than in the ongoing Russia-Ukrainian crisis. For all of his bluster and bravado, Russian president Vladimir Putin has overreached himself in Ukraine. Once portrayed as a calculating and constrained realist by his opponents, he has lost all credibility in the international arena for his sudden and arbitrary willingness to risk nuclear war. His bizarre and wild denials of Ukrainian sovereignty conjure past images of a certain, imperious tsar flexing his muscles on the eve of World War I, to the ultimate detriment of his country and family. The Russian army stalled outside of the gates of Kyiv in the initial stages of the conflict, and the West has rallied around Ukraine, providing the Ukrainians with a plethora of arms and humanitarian aid. Even some of Moscow’s most trusted allies, from Hungary to China, have shied away from fully endorsing Putin’s war. Finland and Sweden have all but assented to joining NATO, and, despite the obvious financial ramifications in the form of rising gas prices, the European community of nations continues to back David against Goliath. The Kremlin’s failure to achieve a decisive victory in Ukraine serves as a firm reminder to outside spectators that Putin’s days may be numbered. Rumors of a potential palace coup abound, and his ratings have fallen drastically among Russia’s youth. While the ruble has weathered the current economic storm, Russia, for the first time in over a century, has defaulted on its international debts. The assassination of the daughter of Alexander Dugin, Putin’s favorite philosopher, demonstrates that even Moscow’s political elite may not be safe from the Russian-Ukrainian crisis touching their very doorstep.

As exemplified by faltering support for Putin’s regime within certain spheres, both internationally and domestically, authoritarian regimes, like any typical playground bully, often attempt to appear strong on the world stage to shore up faltering support at home. Protests in Hong Kong, a government-imposed “zero-COVID” policy, and political graffiti against the ruling Chinese Community Party indicate that Chinese premier Xi Jinping’s rule is more vulnerable than appearances would suggest. Through naval exercises in the South China Sea, like-minded states cooperate to contain China’s rampant expansionism. In a clear testament to Beijing’s intentions, Chinese missiles flew near Taiwan, but never once did they actually strike the island. The Biden administration’s haste to pivot from the Middle East to Europe and Asia has allowed the ghost of Islamic radicalism to rear its ugly head, albeit in a highly weakened state. However, while the Taliban capitalized on the U.S. withdrawal from the region to seize control of Afghanistan, they remain pariahs internationally, isolated and friendless. 94 percent of Afghans have expressed their discontent with their lifestyle under the Taliban, and poverty levels have only risen since the latter’s occupation.

At the same time, the West must learn to distinguish friend from foe. Not all of its allies may share similar democratic values, but they also maintain a keen interest in ensuring a stable international order out of their own self-interest and remain open to cooperation. The prime minister of Turkey, Recep Tayyip Erdogan, despite growing closer to Moscow in recent years, has promised to arbitrate the Russia-Ukraine crisis. Mohammed bin Salman, the crown prince of Saudi Arabia, has championed several, substantial reform programs to usher in a new era of transparency and change within Saudi society. The legacy of Shinzo Abe, whose premiership witnessed the restoration of a militaristic, nationalist tone in Japanese foreign policy, continues in the form of the Quad, an organization dedicated to challenging Beijing’s hegemonic exercises in the Pacific. For Western democracies to triumph in the global struggle against authoritarianism, a contest of wills in which the stakes remain high, they must recognize that not all of their friends will necessarily possess democratic tendencies.

The “End of History” thesis, provocative and startling for its time and disavowed by Fukuyama himself decades later, nonetheless contains a kernel of truth. Democracy may not have completely defeated authoritarianism, but, as exemplified by the declining popularity of authoritarian leaders at home and abroad, has still maintained a winning streak. The Western liberal democratic order remains resilient against the challenges that threaten its existence. In the aftermath of World War II, British prime minister Winston S. Churchill, U.S. president Franklin D. Roosevelt, and Soviet leader Joseph Stalin sought a stable postwar international order that would permanently abandon the spectrum of great power rivalries that had incited past conflicts. But the suspicions and tensions of the emerging Cold War dealt a fatal blow to these fragile hopes and aspirations. Yet, at the end, capitalism won a victory point over communism. The War on Terror stripped away perceptions of the United States as an invulnerable superpower and certainly invited challenges from certain quarters of the international community that sought to undermine the triumph of liberal democracy in the post-Cold War era. However, ultimately, this too was to no avail. The naysayers, plagued by doubt and trepidation, may point to certain cracks and fissures within the liberal international order to confirm their own worst biases, but Winston Churchill’s oft-repeated quote that “democracy is the worst form of government except for all those other forms that have been tried from time to time,” ultimately remains a far more accurate and time-tested reflection of the future of the twenty-first-century geopolitical landscape.

Neil Banerji is a graduate student at the University of Oxford and an editorial intern for The National Interest.