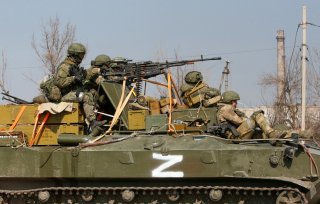 Roughly three-fourths of the United Nations General Assembly voted on Thursday to demand an end to Russia’s invasion of Ukraine, citing “dire” humanitarian consequences for the country’s civilian population.

The vote marks the second time since the beginning of Russia’s invasion on February 24 that the international community has condemned it and urged it to withdraw. UN leaders have also condemned the invasion, with UN Secretary-General Antonio Guterres characterizing the war as “absurd” and “morally unacceptable” in a statement to the press earlier in the week.

The resolution, which was drafted by Ukraine, demanded special protections within Ukraine for civilians, aid workers, journalists, medical personnel, and civilian infrastructure. It also called on Russia to end its siege of Mariupol, which has continued for more than one month and has caused extreme damage to the city and high casualties among its civilian population. The UN’s International Criminal Court has opened an investigation against Russia for alleged war crimes, both in connection to the siege and elsewhere in the country.

The resolution was ultimately carried in the General Assembly by a vote of 140 countries for and five countries against. The dissenting votes came from Russia, Belarus, Syria, North Korea, and Eritrea—the same five nations that voted against an earlier resolution condemning the Russian invasion—while thirty-eight nations, including China, abstained, and a handful of others were absent from voting. The UN General Assembly has 193 voting members and a handful of observers, including Palestine and the Holy See.

The United States, Canada, and Western Europe overwhelmingly supported the resolution, which the American ambassador to the UN, Linda Thomas-Greenfield, characterized as an “astounding success.” Thomas-Greenfield dismissed observers’ concerns that support for Ukraine had fallen slightly, as the earlier vote, cast on March 2, had received 141 votes in favor and only thirty-five abstentions.

Prior to the Ukrainian resolution’s adoption, Russia had attempted to promote a rival resolution that condemned the humanitarian situation in Ukraine and called for immediate assistance but did not single out Russia for criticism. Russian diplomats argued that the situation in Ukraine had become “politicized.” South Africa has largely remained neutral on the Russia-Ukraine issue, and South African president Cyril Ramaphosa has criticized NATO for its eastward expansion, which he suggested violated Russia’s security interests.

The South African resolution received support from China, but it was ultimately rejected in favor of the Ukrainian resolution.