Unrest in Uzbekistan Shows the Importance of Autonomy 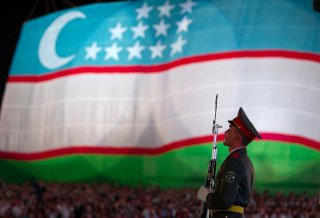 After public protests and clashes with the police earlier this month, Uzbekistan canceled proposed constitutional amendments that would have scrapped the autonomy of the Republic of Karakalpakstan and ended its right to secede. The violence reportedly left eighteen dead and two hundred and forty-three injured, including thirty-eight police officers. With the situation slowly stabilizing, many questions remain about the causes and the impact of the violent events on Uzbekistan’s path to reform.

Uzbek president Shavkat Mirziyoyev flew twice to Nukus, Karapakstan’s capital, first to quell the protests and then to issue a strong warning against separatism. Fear of Karakalpakstan’s secession or the potential exploitation of its right to leave Uzbekistan was the main reason for the proposed constitutional changes that caused such a strong reaction in Nukus. But it also appears that Tashkent failed to examine public attitudes beforehand and consult the Aksakals—the elders in the traditionally self-governed local communities—resulting in shock and panic among the people and contributing to the ensuing avoidable tragedy.

The autonomous republic of Karakalpakstan is located on 40 percent of the territory of Uzbekistan but is sparsely populated. Only 2 million of the country’s 35 million citizens live in Karakalpakstan. The Karakalpaks are a Turkic people with a distinct language close to Kazakh. Karakalpakstan fell partly under Russian control in the late nineteenth century and, by 1920, was incorporated into the Soviet Union. First, it was an autonomous oblast of the Kazakh Autonomous Soviet Republic, then a part of the Russian Soviet Federative Socialist Republic. It eventually became an autonomous republic within the Uzbek Soviet Socialist Republic in 1936.

Thus, when it comes to historic lands for Karakalpakstan, it gets very complicated, very fast. The Kremlin’s justification for invading Ukraine as part of “historic Russia” has resonated among politicians in Tashkent, making them nervous about potential territorial claims on the massive autonomous region. However, since the adoption of the 1993 Uzbek Constitution, the right to secession has never been formally raised and discussions have remained confined to small groups in the diaspora.

Karakalpakstan used to be among the most fertile lands in Central Asia, but Soviet policies of diverting water from the Amu Darya and the Syr Darya rivers for cotton production led to one of the world’s worst ecological catastrophes devastating the region. Once the fourth-largest saline lake in the world, the Aral Sea has almost completely dried out, turning into a toxic desert polluted by pesticides and bio-hazard materials left from Soviet bio-weapons experiments. As the waters receded, poverty rose, and pollution is now causing widespread health problems. Karakalpakstan has the highest child mortality rates in the world.

The past five years, however, have seen a tripling of Karakalpakstan’s GDP growth rate. In 2021 alone, the region doubled its gross regional product, industrial and agricultural production, construction, and service sectors. Access to drinking water, new infrastructure, investments in the energy sector, health care, and education have also started to transform the region and boost its economic ties with the rest of Uzbekistan.

Under these circumstances, a combination of government miscalculation and potential outside incitement triggered a violent eruption, which was relatively quickly diffused. Reportedly, the protests started spontaneously when a local civic journalist was arrested for opposing Tashkent’s attempt to take away Karakalpakstan’s autonomy. The crowds swelled, and riot police tried to disperse them using water cannons and smoke bombs. According to a EurasiaNet report from Nukus, hospital workers say none of the deaths and injuries were caused by live ammunition. Most were due to thermal or mechanical injuries—burns and blunt object trauma. Video records show protestors throwing stones and Molotov cocktails while police target the crowd with water cannons and stun grenades and beat protestors with police clubs.

Some analysts compare the July events in Nukus with the Andijan events of 2005. But there is a stark difference between them. In Andijan, an armed insurgency, which included a jailbreak, government buildings takeover, and hostage-taking, was quelled by the National Guard with live ammunition, killing many insurgents but also most hostages and hundreds of peaceful protesters at the town square.

Uzbek government sources point to foreign interference and disinformation in inciting the protests and the violent storming of government buildings in Karakalpakstan. Russian websites had speculated about impending protests in the region days before they started. They even called the region Uzbekistan’s Crimea. Russia, the former colonial overlord of the post-Soviet region, has systematically utilized autonomous territories as an instrument of political leverage against post-Soviet states. The examples of Moldova, Georgia, and Ukraine testify to Moscow’s imperial agenda in all neighboring states.

An independent investigation of the protest violence and police response in Nukus can establish what happened and why so many people died. The Uzbek government must establish an independent commission to probe the events and allow civil society and human rights organizations to observe every step of the process.

Uzbekistan has experience doing so, even occasionally under the rule of Islam Karimov. The government of Shavkat Mirziyoyev, which is much more open and transparent and has undertaken significant reforms to modernize the country, should be able to respond to such tragic events with openness and sincerity. An honest reflection and dialogue with the people of Karakalpakstan will be critical to overcoming the anger and resentment in the region and preserving inter-ethnic relations in Uzbekistan. It is also needed to strengthen the country’s resolve against potential foreign attempts to exploit unrest and weaken Uzbek statehood.