Unrivaled: Why U.S. Navy Submarines Are Dominant in the Pacific 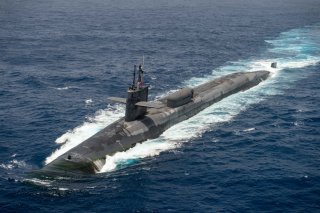 The U.S. Navy just hosted the Group and Major Commanders’ Officer Training Symposium (GAMCOTS), which the Navy described as a “three-day leadership training symposium” at Joint Base Pearl Harbor-Hickam.

The initial focus for this GAMCOTS event was to “serve as a forum to ensure Pacific Submarine Force leadership remain aligned under Jablon’s priorities of Warfighting, People, and Safety,” the U.S. Navy said in a statement. The sailing service also explained that the event “served as a venue to highlight efforts and initiatives which will shape and guide the submarine force over the next year.”

“In line with the U.S. Pacific Fleet’s Commander’s Guidance, GAMCOTS focused on warfighting readiness. Additionally, the symposium covered several recent submarine force initiatives which include changes to training and deployment preparations that raise overall combat readiness,” the Navy added. “These initiatives ensure rapid response to Indo-Pacific crises when called upon.”

Though the U.S. Navy is qualitatively the world’s most capable, it has been overtaken in recent years by the People’s Liberation Army Navy, China’s naval force, which is now numerically superior to the United States.

In addition, although the U.S. Navy is outmatched in a ton-for-ton comparison with China, it does possess one overwhelmingly superior advantage over the Chinese: its submarine fleet. The U.S. Navy’s submarines are so vastly superior to anything else currently under the sea that the United States deems them an asymmetrically better force.

“Our asymmetric advantage against our competition is the high quality of our Sailors,” said Lt. Cmdr. Amelia Umayam, the commander of Submarine Force, U.S. Pacific Fleet, in a recent U.S. Navy statement.

Umayam also added that “in addition to emphasizing warfighting readiness as well as tactics, techniques, and procedures, GAMCOTS also illustrated efforts which are underway to improve quality of life, talent management, and wellness resources to keep the Sailors in the fight.”

“As leaders in the Submarine Force, our top priority is ensuring the safety and wellbeing of our warfighters so they can focus on maintaining combat readiness. Events such as GAMCOTS enable leaders to come together to share insights and participate in discussions which collectively make our force stronger,” she added.

The Navy’s submarine force has a tradition of excellence that spans virtually its entire existence and is reflected in its very low accident rate, especially when compared to other comparable navies. In the event of a conflict with China in the Indo-Pacific region, the U.S. Navy’s Pacific Fleet would rule the ocean from beneath the waves.