U.S. Announces $3 Billion in Aid for Ukraine and NATO Allies 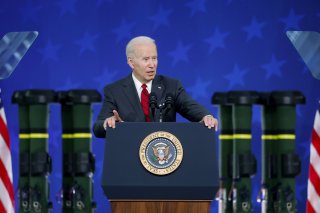 In a press statement, U.S. secretary of state Antony Blinken announced that the United States will donate an additional $2.8 billion in further military aid to Ukraine and NATO allies in the region.

“Ukraine’s extraordinary front-line defenders continue to courageously fight for their country’s freedom, and President Biden has been clear we will support the people of Ukraine for as long as it takes. I reiterated this message to President Zelenskyy and his team today in Kyiv, which remains ̶ and will remain ̶ the capital of a sovereign, independent Ukraine.”

“I also informed President Zelenskyy that, pursuant to a delegation of authority from the President, I am authorizing our twentieth drawdown since September 2021 of U.S. arms and equipment for Ukraine,” Secretary Blinken explained. “This $675 million drawdown includes additional arms, munitions, and equipment from U.S. Department of Defense inventories ̶ equipment that Ukraine’s forces have used so effectively for their country’s defense.”

This latest tranche of military assistance to Ukraine includes additional information for the HIMARS long-range rocket artillery systems that Ukrainian forces have used to devastating effect, as well as further 155mm ammunition, smaller 105mm howitzers, 100 Humvees, millions of rounds of small arms ammunition, and a host of other equipment including night vision devices and medical vehicles.

“In addition, we are also notifying Congress today of our intent to make a further $2.2 billion available in long-term investments under Foreign Military Financing to bolster the security of Ukraine and 17 of its neighbors; including many of our NATO Allies, as well as other regional security partners potentially at risk of future Russian aggression,” Blinken explained.

“These announcements will bring Ukraine's total U.S. military assistance to approximately $15.2 billion since the beginning of this Administration.”

The statement ended on a decidedly affirmed U. S. support for Ukraine and other NATO allies in the region.

“The United States is providing security assistance alongside our allies and partners from more than 50 countries to support Ukraine’s defense,” the statement said. “The capabilities we are delivering are carefully calibrated to make the most difference on the battlefield.

“We stand United with Ukraine.”