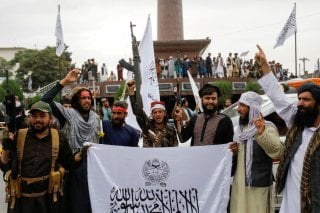 The U.S. Treasury Department announced on Wednesday that it would transfer $3.5 billion in funds from the former Afghan central bank—funds frozen and confiscated immediately after the Taliban gained power in Afghanistan in August 2021—into the “Afghan Fund,” a Switzerland-based trust fund to be used “for the benefit of the people of Afghanistan.”

“The [fund] will protect, preserve and make targeted disbursements of that $3.5 billion to help provide greater stability to the Afghan economy,” the Treasury Department claimed in its statement. It indicated that the money would be managed by an international board of trustees and would be structured to ensure that it did not fall into the hands of the Taliban. Potential uses for the fund could include paying for food and electricity imports, servicing Afghanistan’s national debt, and helping to print a new currency for the country.

The State Department praised the fund’s creation, with spokesman Ned Price arguing that it would help “protect and preserve the Afghan central bank reserves while making targeted disbursements to help stabilize Afghanistan’s economy and ultimately support its people.” Price did not provide a date by which the money would be transferred, but claimed that it would happen “as soon as possible.”

The trust fund’s creation comes after months of closed-door negotiations between the United States, Switzerland, and the Taliban, which has demanded that the money be returned to its control within Kabul. It is unknown what impact Taliban negotiators had on the final proposal, and the Taliban-led government of Afghanistan has not yet commented on the decision. A Taliban official told Reuters in June that the group was open to the concept of a trust fund, but insisted on its control over the money, a demand that the United States has consistently refused to meet.

The Treasury Department claimed that no money would be returned to Da Afghanistan Bank (DAB), Afghanistan’s central bank, until it could be guaranteed that it was “free of political interference”—a condition essentially impossible to meet under Taliban rule.

“Until [this condition is] met, sending assets to DAB would place them at unacceptable risk and jeopardize them as a source of support for the Afghan people,” Deputy Treasury Secretary Wally Ademayo claimed in a letter to DAB’s governing Supreme Council, according to Reuters.

The $3.5 billion designated for the Swiss trust fund comprises roughly half of DAB’s U.S. assets at the time of the Taliban takeover. In February, President Joe Biden announced that half of the bank’s funds would be set aside for future projects “for the benefit of the Afghan people.” Controversially, Biden set the other half of the funds aside for the payment of court awards to victims of the September 11 attacks, a decision that many commentators likened to theft. That decision has been challenged in court, and the final disposition of the remaining $3.5 billion remains uncertain.