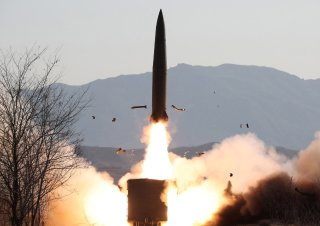 The U.S. special representative for North Korea, Amb. Sung Kim, warned on Tuesday that Pyongyang could conduct a nuclear test at “any time” in the coming weeks and does not appear willing to negotiate over the issue, according to Reuters.

Kim’s comments, made to reporters at a press conference in Jakarta, Indonesia, came after weeks of increasing ballistic missile tests from North Korea, which have presaged nuclear tests in the past. If a nuclear test occurs, it would be North Korea’s seventh and the first since September 2017, when it claimed to have detonated its first hydrogen bomb. North Korean leaders have emphasized that the country was working to develop tactical nuclear weapons that could be fitted on ballistic missiles, expanding the danger of an attack on the United States if tensions on the Korean peninsula led to a military conflict.

When asked about the upcoming test’s timing, Kim suggested that the United States had no way of knowing. “I don’t have anything more. They’ve obviously done the preparations … and my understanding is they could test any time.”

On Sunday, June 5, North Korea launched eight ballistic missiles, the largest number ever launched at once—although at least one of the missiles failed to meet its sea target and crashed in the North Korean city of Tokchon.

In spite of the rocket’s failure, Kim emphasized that the missile and potential nuclear tests indicated an increasingly hostile atmosphere from the north. “North Korea has now launched 31 ballistic missiles in 2022, the most … it has ever launched in a year, surpassing its previous record of 25 in 2019,” he said. “And it’s only June.”

In response to Pyongyang’s tests, the United States and South Korea launched their own missiles and conducted air demonstrations while Deputy Secretary of State Wendy Sherman warned North Korean leaders that the United States’ response to a nuclear test would be “swift and forceful,” although she did not elaborate.

At the same time that Pyongyang has ramped up its missile tests, it has grappled with a growing Covid-19 caseload, its first publicly acknowledged outbreak since it sealed its border with China at the beginning of 2020. As many as two million North Koreans have now been infected with the virus, although this number is highly imprecise since the country’s healthcare system lacks testing capabilities. So far, North Korean leaders have refused international offers of assistance, including vaccine donations from China and the West.