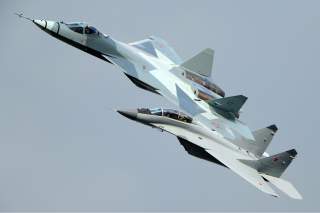 The assertion of Chief Scientist Andrei Lagarkov that they minimized the Su-57’s radar cross-section footprint without compromising its “structural strength” is especially relevant to bringing India around to the Su-57, since New Delhi’s concerns over the state of the Su-57’s stealth capabilities were a major reason for their withdrawal.