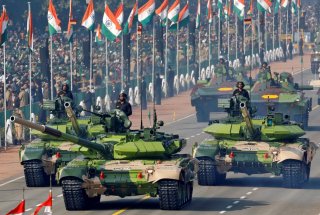 United in their concern about China’s designs on its neighbors, India and the United States are teaming up for a series of high-altitude exercises in the Indian state of Uttarakhand, which is near India’s border with China.

“At this time, we expect the main element will come from the 2nd Infantry Brigade Combat Team (Airborne), 11th Airborne Division, based at Joint Base Elmendorf-Richardson in Anchorage, Alaska,” Maj. Jonathon M. Lewis explained in response to an inquiry from Overt Defense.

The exercises, known as Yudh Abhyas, or War Practice, will take place at an altitude of 9,000 feet in late October. What is notable about this year’s iteration of the exercise is its proximity to the Line of Actual Control, a line between India and China that demarcates contested territory following the 1962 Sino-Indian Border War. This year’s exercise will fall on the sixtieth anniversary of that conflict.

The location and timing of the exercise are highly important, though their significance was downplayed. The exercise is “about working with a partner on areas of mutual interest and not related to a specific country,” Major Lewis said. “The location chosen for the training offers the right combination of altitude and climate for the objectives of the exercise.”

This year’s exercises will “build on the success of this previous training and deepen the partnership and relationships built between the U.S. and Indian armies,” Major Lewis explained. “Being held in the Himalayas, it will focus on high-altitude cold weather operations in “an environment that offers distinct challenges.”

“Yudh Abhyas 2022 will bring together the tough, realistic training needed to ensure readiness, the partnership and shared experience necessary for interoperability that enhances relations between nations,” Major Lewis said.

He added that “it will further develop the bilateral planning and mission command of operations that the two armies have built since the first iteration of the exercise in 2004,” and that Yudh Abhyas will improve the “collective ability to respond in crisis and supports integrated deterrence.”

Pushed together by mutual concerns about China, India and the United States are preparing high-altitude contingencies, whereas previous iterations of the exercise have focused on medical evacuation, mountaineering, and cold-weather resiliency and survival.