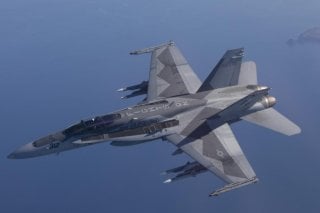 A recent Congressional Research Service report covering the current state of hypersonic weapons in the United States, Russia, and China summarizes the potential threat posed by these weapons.

“Although Russia has conducted research on hypersonic weapons technology since the 1980s, it accelerated its efforts in response to U.S. missile defense deployments in both the United States and Europe, and in response to the U.S. withdrawal from the Anti-Ballistic Missile Treaty in 2001,” the report said.

The report continues: “Detailing Russia’s concerns, President Putin stated that “the US is permitting constant, uncontrolled growth of the number of anti-ballistic missiles, improving their quality, and creating new missile launching areas. If we do not do something, eventually this will result in the complete devaluation of Russia’s nuclear potential. Meaning that all of our missiles could simply be intercepted.”

The report further explains that “Russia thus seeks hypersonic weapons, which can maneuver as they approach their targets, as an assured means of penetrating U.S. missile defenses and restoring its sense of strategic stability.”

Perhaps the more significant challenge to U.S. missile dominance comes not from Russia but from China.

“According to Tong Zhao, a fellow at the Carnegie-Tsinghua Center for Global Policy, ‘most experts argue that the most important reason to prioritize hypersonic technology development [in China] is the necessity to counter specific security threats from increasingly sophisticated U.S. military technology,’ such as U.S. missile defenses,” the report explains.

“In particular, China’s pursuit of hypersonic weapons, like Russia’s, reflects a concern that U.S. hypersonic weapons could enable the United States to conduct a preemptive, decapitating strike on China’s nuclear arsenal and supporting infrastructure. U.S. missile defense deployments could then limit China’s ability to conduct a retaliatory strike against the United States.”