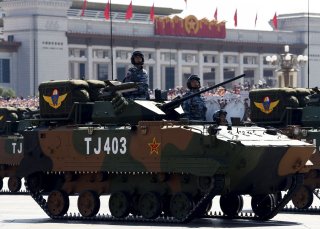 At the recent Shangri-La meeting on June 12 in Singapore, China’s defense minister, General Wei Feng-he, vowed that China would “fight to the very end” if Taiwan declared independence. If that happens, will China really be ready to attack Taiwan? How will the ongoing Russo-Ukrainian War affect China’s decisions?

I believe that a Chinese attack on Taiwan would be difficult at this time. First, consider the difficulty of starting a war amid political uncertainty. At the Chinese Communist Party’s (CCP) upcoming National Congress in the fall, President Xi Jinping must be approved for his third term by 2,287 CCP delegates from all over China. Although the vote of approval is merely a symbolic process, Xi would not want his remarkable achievements to be overshadowed by hostile acts before the fall. Therefore, the use of military force against Taiwan would not be an optimal choice.

On the other hand, Xi will have to struggle with the ongoing Covid-19 pandemic. China has adhered to a “zero-Covid policy” despite heavy criticism for human rights infringements. Shanghai had been in a lockdown for over two months after the number of Covid-19 cases rose in late March. The city’s lockdown has succeeded in slowing down the spread of the virus to some extent. However, the policy has had two side effects that Beijing did not expect. One is the dissatisfaction of Shanghai residents enduring the prolonged lockdown. This can be taken as a threat to Xi’s authority. The other is the negative effects on China’s economic performance. Because Shanghai accounts for a large portion of the Chinese economy, the lockdown has had a negative impact on economic prosperity. President Xi’s primary concern is managing issues in mainland China, such as the Covid-19 pandemic, rather than Taiwan’s eventual unification.

The second is the recognition of the risks posed by the Russo-Ukrainian War for China and Taiwan. When Russia attacked Ukraine in February, China viewed it as a lesson to be learned in the case of Taiwan. Specifically, China compared Ukraine to Taiwan in that both are trying to become independent from a giant neighboring power. While the United States took a wait-and-see stance without directly intervening between China and Taiwan, Beijing took advantage of this oscillating attitude to send a message to Taiwan that Ukraine showed that the world should not expect any help from the United States.

Expectations that Russia could easily subdue Ukraine were shattered. While Russia’s military operation has so far been unsuccessful, Ukraine’s will to resist has grown. Meanwhile, public opinion in the West succeeded in framing Russia as an aggressor and Ukraine as a victim. Hence, if Xi Jinping were to attack Taiwan, China is more likely to be branded an aggressor like Russia, and Taiwan a victim like Ukraine.

What is more noteworthy than Taiwan’s military preparedness is the will and determination of the Taiwanese. After the Russo-Ukrainian War broke out, many Taiwanese anticipated that China’s thinking would be similar to Russia’s. Faced with such threats, they began to strengthen their will to defend their own country. Most Taiwanese believe that if China attacks it will unify Taiwan, an event tantamount to Taiwan’s war for independence. In other words, it is sensible for President Xi to realize that if China attacks Taiwan, it may provide an excuse for Taipei to declare independence.

The third is Taiwan’s determination to defend itself. Taiwan at this stage is focusing its efforts on self-reliance without provoking China. The current Tsi Ing-wen government does not chant slogans about independence to ease concerns on the other side of the Taiwan Strait. On the other hand, the Taiwanese government is keen to acquire weapon systems that are essential for defense. Taiwan has continued to increase its defense spending in recent years, especially for defensive systems. The United States is also actively supporting Taiwan in this respect. Thanks to the current military build-up, Taiwan could survive a sudden Chinese attack which makes Beijing hesitant to launch a preemptive but costly military action.

What are the unexpected factors in China’s calculations to use force in the future? Two important factors relate to President Xi. Among the leaders of the Chinese Communist Party, Xi might think that unification is something only he can achieve. Neither Mao Zedong, who founded a new country nor Deng Xiaoping, a reform pioneer, could do it. If Xi succeeds in unifying Taiwan with the mainland, he will outrank Mao Zedong. His private ambitions are unlikely to be easily observed publicly, though.

Conversely, if Xi Jinping is weakened, the possibility of an armed attack on Taiwan may increase. In other words, it is a way for Xi to divert the public’s attention to alleviate other internal problems. Therefore, if support for Xi Jinping’s regime weakens, a move to take Taiwan by force could be an option to alleviate the domestic pressure on President Xi.

Taiwan’s domestic issues must also be considered. Taiwan is a young democratic country that is vulnerable to demagoguery by politicians trying to win elections. Generally speaking, in a democratic country, extremist lines can easily win support from the public during economic downturns. Much as Adolf Hitler came to power when the German people were struggling with unbearable reparations after World War I, it is possible that a Taiwanese political leader could promote independence as a solution to Taiwan’s worsening economic situation. In this situation, China will have no choice but to respond militarily.

As with any society, Taiwan faces many internal problems. First, low wages and high housing costs are affecting the marriage rate and leading to decreases in fertility. It is true that Taiwan’s economy is currently healthy despite the stress of the Covid-19 pandemic. However, if the economic situation worsens and unemployment and inflation rise, the domestic problems mentioned above may be the straw that broke the camel’s back.

In November, Taiwan will have local council elections and two years later, there will be a presidential election. What if politicians running for election take an extreme position on independence to boost their popularity? It is likely that the Taiwanese will respond to the political slogan of politicians, and desire independence from China as a blueprint for a hopeful future.