Why Does Taiwan Want Independence? 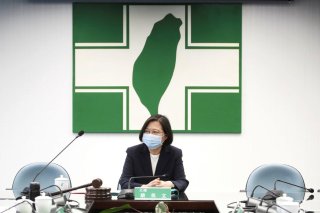 Taiwan has lately been the subject of many discussions, particularly given the U.S. government’s numerous and arguably conflicting remarks regarding the self-governing island that China claims as its province. Last month, President Joe Biden said that the United States would militarily intervene to defend Taiwan against an attack from mainland China. Later, a White House spokesperson insisted that the U.S. government’s “One China Policy” had not changed. Two weeks before, the website of the U.S. Department of State changed its description of U.S. relations with Taiwan, removing wording “on not supporting Taiwan independence and on acknowledging Beijing’s position that Taiwan is part of China,” before changing it again this month to “not support Taiwan independence.”

While these conflicting signals may be a reflection of the United States’ strategic ambiguity, Taiwan’s opposition to reunification with mainland China is far from ambiguous. Polls show that among the Taiwanese public, only 0.8 percent support immediate reunification, while the vast majority favor the status quo, presumably fearing the war that might result from Taiwan declaring independence. These results are sharply different from the late 1980s, at which point Taiwan started to democratize, and most Taiwanese still identified as Chinese. What explains this apparent shift in attitude?

First, Taiwan believes in the superiority of its institutions over mainland China’s but no longer seeks to spread them, resulting in a push for independence. In 2021, Taiwan’s gross domestic product (GDP) per capita reached $33,004, not only nearly three times that of mainland China’s as a whole, which stands at just over $12,000, but also higher than each of its 658 cities, the highest being the resource-rich Karamay, Xinjiang, at nearly $33,000. If the Communist Party of China takes control of Taiwan, it is conceivable that Taiwan will inevitably share its resources with the mainland, along with increased mainland emigration to Taiwan. These developments would weaken Taiwan’s high living standards vis-à-vis mainland China, making China a less desirable nation that the Taiwanese public wants to be a part of.

However, is the story that simple? Taiwan has been richer than the rest of China throughout modern history. If anything, mainland China has been gaining on Taiwan in terms of living standards, so why didn’t the pro-independence trend gain attraction in Taiwan earlier? The answer might lie partly in the vast difference in size between Taiwan and the mainland. In 1987, when Taiwan lifted its thirty-eight-year-long martial law, its GDP was well over one-third of China’s, and its per capita GDP was over twenty times greater. Most Taiwanese people believed that not only were their political and economic systems superior but that they should also spread across China. Today, after more than three decades of rapid economic growth in mainland China, Taiwan’s economy is smaller than 5 percent of China’s. Taiwanese people still enjoy higher living standards than those across the strait, and they largely still believe in the superiority of their institutions. However, given the vast discrepancy in size and power, promoting their way of life in mainland China is no longer a priority or a seemingly realistic possibility for Taiwan.

Throughout most of U.S. history, most Americans believed in the superiority of their institutions. However, for a long time, the United States maintained an isolationist foreign policy and did not seek to spread its influence until it felt strong enough to do so. Taiwan’s story is similar to the United States’ but reversed chronologically. Taiwanese people have always believed in the superiority of their institutions but, unlike decades ago, no longer seek to promote them across China, which translates to a push for independence.

Second, in recent decades, the history curriculum in Taiwan has focused more on Taiwan and less on China as a whole. Ever since Chen Shui-bian came into office as the first Taiwanese leader of the pro-independence Democratic Progressive Party (DPP), Taiwan has seen an increasing trend of de-Sinicization and moved away from the Chinese identity. In 2018, Taiwanese education authorities adopted a new history curriculum to integrate Chinese history into the framework of East Asian history. Although there are many versions of Taiwanese history textbooks on the market, emphasis on a Taiwanese identity has been common among them. Prof. Quen Tsai Wu of National Chiayi University criticized the textbooks’ three “major problems.” First, they characterized Taiwanese culture as part of the Austronesian heritage, instead of the Chinese, and denied the relationship between Taiwan and the mainland from a hereditary perspective. Second, they denied the validity of the Cairo Declaration, which stipulated the return of Taiwan to China at the end of World War II. Third, the textbooks stressed a multicultural Taiwan, instead of a predominantly Chinese Taiwan. For example, they classified Confucianism, which contributed greatly to the formation of traditional Chinese values, as a “folk belief.” Last year, a newer version of Taiwanese textbooks reduced the section on the Revolution of 1911 from 6,000 words to about 300. The revolution led to the establishment of the Republic of China, the government of which fled to Taiwan in 1949 after the Communist takeover of mainland China and governs Taiwan to this day.

In Taiwan, textbooks have ten-year-long copyrights, with 200,000 students using them every year. With spillover effects, they will influence an estimated 4 million Taiwanese people—more than one-sixth of the island’s population. In 1717, King Friedrich Wilhelm I of Prussia designed the first compulsory curriculum in history to build a German national identity. Today, education gives people shared values and rhetoric on historical events, keeping nations together. In the case of Taiwan, its education is fostering a different set of values and historical narratives from the Chinese mainland, facilitating a pro-independence environment for the next generation of Taiwanese. Today, young people in Taiwan generally identify more as Taiwanese, instead of Chinese, than older generations, who received an education that emphasized Taiwanese identity to a lesser extent.

Third, U.S. support for Taiwan fuels animosity between Taiwan and mainland China. In 1951, U.S. secretary of state John Foster Dulles proposed the concept of “island chains.” He viewed Pacific islands as arc-shaped chains and advised the United States to use them as military bases to contain the maritime activities of socialist states, including the Soviet Union and China. The three island chains are mainly in the western Pacific and surround China’s waters. Taiwan, together with Japan and the Philippines, forms the First Island Chain, which Chinese ships will encounter first before entering the Pacific. After the end of the Cold War, the significance of the island chains diminished, but when the DPP took power in Taiwan in 2016, and relations between Beijing and Taipei worsened, the strategic value of Taiwan caught American attention again, especially during the Trump administration.

In November 2017, during his first trip to Asia as president, Donald Trump announced the replacement of the “Pivot to Asia” during the Obama administration with his own “Free and Open Indo-Pacific Strategy” (FOIPs), which analysts say aims to build a new regional order centered on the United States and to contain China’s growing influence. The basis of FOIPs is to promote a security architecture supported by alliances and partnerships. Even though the FOIPs report does not mention Taiwan, Taiwan has been enthusiastically trying to participate in this strategy, with its leader Tsai Ing-wen repeatedly advertising Taiwan as a reliable U.S. partner in the Indo-Pacific region. Accordingly, U.S. arms sales to Taiwan have increased significantly in the past few years. The Biden administration’s Indo-Pacific Economic Framework also does not include Taiwan, but reports indicate that the United States and Taiwan are discussing a similar trade agreement to enhance cooperation.

These actions do not sit well with Beijing, which sees them as violations of Chinese sovereignty and the Three Joint Communiques signed between the United States and China, in which the United States acknowledged “the Chinese position that there is but one China and Taiwan is part of China” and pledged to gradually phase out arms sales to Taiwan. In retaliation, Beijing has sanctioned American companies involved in such arms sales, decreased civil exchanges with Taiwan, and sped up diplomatic efforts to win over Taipei’s allies. Such assertive actions have inevitably aroused hostility between Taiwan and the Chinese mainland, making the independence movement more prevalent.

Over the years, the preeminence of Taiwan’s pro-independence movements has become undeniable. Different factors have contributed to this trend. Economically, Taiwan’s higher living standards than mainland China’s make Taiwanese people believe that their institutions are superior. Meanwhile, its small size and economic decline relative to mainland China have made it unwilling to promote those institutions, which translates to a push for independence. Socially, Taiwan’s curriculum has decreased its coverage of Chinese history, contributing to de-Sinicization and fostering an independent identity among Taiwanese youth. Geopolitically, U.S. military and economic support to Taiwan have fueled hostility between Beijing and Taiwan, and further alienated Taiwan from mainland China.

Ruodan (Danny) Xu is an undergraduate student at Brown University studying International and Public Affairs and an editorial intern at The National Interest.