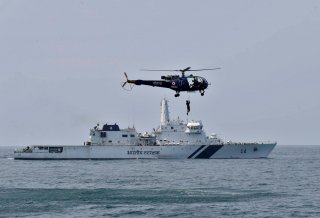 Here's What You Need To Remember: It’s not as if America and Russia haven’t had plenty of naval disasters (the USS Fitzgerald and the submarine Kursk, anyone?), or spent billions on failed weapons. Accidents happen when warships go to sea. Sometimes for the dumbest of reasons, but they happen.