Why Guam Will Be a Flashpoint in a U.S.-China War 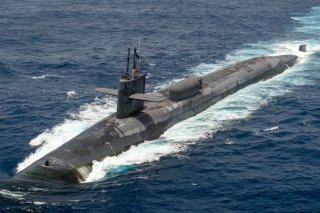 The U.S. Navy is expanding its submarine support presence on Guam in recognition of the island's strategic nature should a conflict in the Western Pacific suddenly break out.

“Looking to the future, we are going to expand our submarine operating capability from Guam to optimize our presence and warfighting capacity in the Western Pacific,” said Rear Admiral Jeffrey Jablon, the commander of Submarine Force, U.S. Pacific Fleet, at the annual Naval Submarine League symposium.

“This is going to include augmenting our maintenance capacity with the necessary facilities, infrastructure and personnel; building additional pier facilities and services; and expanding the capabilities of our shore-based training facilities in Guam,” he explained.

Both the U.S. Navy and the U.S. Marine Corps are laser-focused on the threat posed by China to the future freedom of the Indo-Pacific region, American military parlance for the vast Pacific Ocean area.

“And that specifically refers to the [China]. You know, we’ve heard we’re at an inflection point. It’s a critical decade. It’s a decisive decade. And it’s true. That is my number one concern as the Pacific Fleet force commander for the submarine force. We are in the decade of maximum danger,” Jablon said.

Not only is China increasing its naval capabilities qualitatively, but it is also enjoying a period of numerical superiority against the United States.

“China has fielded the largest navy in the world, guaranteeing its numerical advantage in the south and east China Seas. And as the [Chinese Navy’s] surface fleet and undersea force improves their capabilities, we will intensify our efforts to prepare our undersea force to deter, and if necessary, defeat the PLAN,” Jablon added.

Though deep in the Western Pacific and, therefore, a logical location for expanding America’s naval presence, Guam could prove to be hard to defend, especially considering China’s ballistic missile capabilities. One novel solution would be to base the Navy’s old Ticonderoga-class cruisers around the island and leverage their robust air defense capabilities.

Jablon nodded to the Navy’s recent admission of the location of a pair of Ohio-class submarines. The USS Nevada recently visited Guam, while the USS Rhode Island made a port visit in Gibraltar. The U.S. Navy is typically extremely tight-lipped about where submarines are at any given time, though particularly so with the Ohio class, given the submarines’ critical strategic capabilities.

“It reflected our commitment to the Indo-Pacific region and complimented the many exercises, operations, training and military cooperation activities conducted by our strategic forces throughout the world,” Jablon said of the port visit.