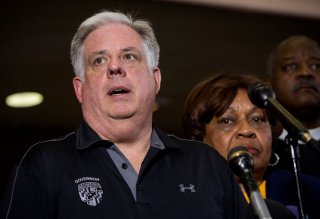 As business closures, forced by the spread of the coronavirus pandemic, spiral the United States economy into a new depression, many conservatives are wondering if the benefit of the containment measures outweigh the costs. President Donald Trump has signaled that he plans for the crisis to end by Easter, potentially whether the infection curve has flattened or not.

For three years, President Trump has measured the success of his administration by the success of the economy, primarily the stock market and unemployment numbers. But with quarantine measures destroying both, he is determined to see the jobs numbers bounce back before the November presidential election.

Although he has declared a national emergency, the quarantine measures, including closing of businesses and shelter-in-place orders, have been imposed at the state and local level. Technically the president cannot lift them. However, as head of the Republican Party, a sizable portion of whose base increasingly agrees with Trump’s cost-benefit analysis, GOP Governors would be under strong pressure to lift their quarantine measures.

But not all of them are willing to go along.

“You can’t put a timeframe on saving people’s lives. We’re going to make decisions based on the scientists and the facts,” said Governor Larry Hogan of Maryland, who is also Chairman of the National Governors Association. “Most people think we’re weeks away from the peak, if not months. That’s the advice we’re getting from the smart folks at Johns Hopkins, the National Institutes of Health, the University of Maryland, places like that.”

“We don’t think that we’re going to be in any way ready to be out of this in five or six days or so, or whenever these fifteen days is up from the time that they started this imaginary clock,” Hogan said in a separate interview with CNN.

Hogan, a liberal Republican who was touted by Never-Trumpers as a possible primary opponent for the president, is not alone in his opinion.

“The truth is that protecting people and protecting the economy is not mutually exclusive. In fact, one depends upon the other. The fact is we save our economy by first saving lives and we have to do it in that order,” said Governor Mike DeWine of Ohio. DeWine, a conservative governor who has taken the threat of coronavirus seriously for weeks, is considered an ally of the president.

“We’ve got to do it in the right order,” DeWine continued. “When people are dying, when people don’t feel safe, this economy is not coming back. So, we have to flatten that curve. We have to do everything we can to separate ourselves from others. We have to do everything we can so when this wave comes, and we know it’s coming, it’s not as big as it could have been, and we’re prepared for it.”