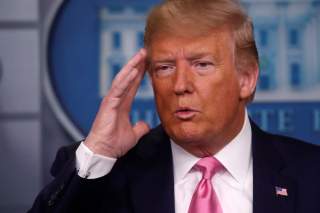 On October 23, 1983, terrorists detonated a truck bomb at the barracks housing United States Marines in Beirut, Lebanon. The Marines were part of a multinational peacekeeping force established the year before in response to the country’s civil war. 241 Americans were killed altogether, the deadliest day for the Marine Corps since World War II and for the entire military since the Vietnam War.

Conventional wisdom holds that such a jarring loss and the American public’s aversion to heavy casualties forced President Ronald Reagan to order a complete withdrawal of troops from Lebanon in February 1984. It sure makes sense. But it’s hardly what happened.

A year ago, scholars Alexandra T. Evans and A. Bradley Potter explained:

Although the attack strengthened a pre-existing movement for withdrawal, it did the same for a second, more influential faction within the administration that pushed successfully for an expansion and hardening of U.S. military involvement in Lebanon even as popular and congressional opposition to the intervention mounted. Ultimately, only the collapse of the Lebanese national army in early February 1984 – an event unrelated to the October truck attack – compelled Ronald Reagan to accept the mission’s failure and order the marines to redeploy.

Simply put, President Reagan ordered a withdrawal only when it became apparent there was no other choice. Once Lebanon’s military collapsed, the peacekeeping mission no longer served any purpose. Even the hawkish Reagan administration wasn’t willing to fight the Lebanese Civil War on the behalf of others, leaving departure as the only choice that could be made.

In fact, as Evans and Potter supported with evidence, Reagan doubled down in the wake of the barracks bombing. The president was the biggest proponent for staying the course in Lebanon, showing little concern for any political fallout nor public opinion, even as the hangover from Vietnam persisted and the country entered an election year. Strident opposition to the peacekeeping mission from figures like Defense Secretary Caspar Weinberger failed to sway Reagan, who was convinced he could sell the public on the need to continue the Lebanon mission.

Unlike Reagan, President Donald Trump ran on a campaign promising to end the endless wars, Afghanistan specifically. But as another election year begins, the United States seems no closer to leaving Afghanistan, nor any other theater, than it did almost four years ago. Despite the lack of progress and the occasional casualties, including two soldiers killed on February 8, Trump seems unable or unwilling to order an end to what he calls a “loser war.” Some have observed Trump may actually not know what he wants, is susceptible to influence, or a debilitating combination of both. This leaves open the possibility Trump has surrendered to “the Blob” or, like Reagan, has calculated that staying is actually the better option or departing’s more trouble than it’s worth.

Either way, a withdrawal isn’t likely on Trump’s watch, and it’ll take a catastrophe, like an Afghanistan state or military collapse, to make the decision easier for him. Complicating matters is that the United States is underwriting the legitimacy of Islamic Republic; without abundant American military and monetary support, the government and Kabul, along with the military, will likely collapse and the country will succumb to the Taliban. This creates a vicious circle where the United States cannot leave because doing so will result in a self-fulfilling prophecy, with little prospect of a “decent interval.” The political ramifications are such that the interventionism-minded policymaking establishment in Washington will resist any calls to conduct a complete withdrawal.

For now, Trump seems to be following President Richard Nixon playbook: slowly draw down the number of boots on the ground while escalating the air war and aiming for a “peace with honor” conclusion to the conflict. Nixon resumed bombing of North Vietnam with the Linebacker operations from May to October, then resuming in December of the election year of 1972. By the time he won re-election through a stunning landslide, the end of the war seemed no closer. It wasn’t until after Nixon’s second inauguration that American military involvement in Vietnam finally came to an end, followed by a total withdrawal in 1975 when the North finally overcame the South and seized Saigon.

But even as Communist forces were rolling in, some still insisted on staying and re-engaging in the war to save South Vietnam. Ambassador Graham Martin was requesting military support from Washington to help the South’s military and delayed evacuation even with the North knocking on Saigon’s door, potentially placing the lives of Americans at risk. As in Lebanon nine years later, America’s long war in Vietnam ended only when the writing was on the wall. Even then, the country had to be dragged kicking and screaming out of the war. Even to this day, some insist the United States could’ve won the struggle.

After expending more ordnance in Afghanistan than ever before in 2019 (since the military’s kept count), the United States has kept up the pressure on the Taliban through January, even as peace talks appear to making some progress. In fact, both sides appear to have reached an agreement for a short reduction in violence to facilitate negotiations for a withdrawal of U.S./Coalition troops.

While a welcome development, observers shouldn’t read too much into it—yet. This isn’t the first time the United States and Taliban have attempted to reach a compromise and fail. More ominously, the Taliban continuously refuse to recognize the U.S.-backed Afghan government, dampening prospects for an enduring peace. Most important, when compared to past adversaries like North Vietnam, the Taliban have less incentive to negotiate; the United States never occupied the former. The Taliban consider Afghanistan their home, right or wrong, and are more than willing to keep up the fight for as long as necessary, should talks fail. Furthermore, the Trump administration still doesn’t plan on a full withdrawal, instead reducing the 13,000-strong contingent to around 8,600 and continuing the counter-terrorism and stability mission with a smaller footprint.

So long as U.S. troop deployments continue, the fight will also continue, and the prospect of re-escalation will always loom large. Whether one applies the Vietnam model or the Lebanon example, America’s travails in Afghanistan are far from over. Expect the end to finally come when U.S. diplomatic, economic, and military power can no longer prop up the country and there’s nothing left to rebuild nor stabilize in Kabul.

It’s a pessimistic future, but maybe not for Trump. Both Nixon and Reagan won with landslides in 1972 and 1984, respectively, despite the former escalating the bombing of North Vietnam and the latter’s ignominious departure from Lebanon.

The lesson of history appears to be that the outcome of the 2020 election won’t be decided over an endless war. It’s a lesson Trump may be taking to heart.

Edward Chang is a defense, military, and foreign policy writer. His writing has most prominently appeared in The American Conservative, The Aviation Geek Club The Federalist, The National Interest, and War Is Boring. Follow him on Twitter at @Edward_Chang_8.