Will Ukraine Get the Tanks It Needs to Go on the Offensive? 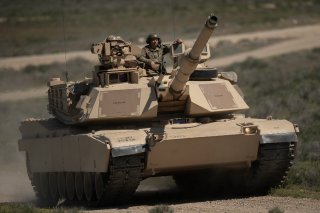 President Joe Biden has announced a new $1 billion weapons package for Ukraine to counter Russian advances in the Donbass region and strengthen U.S. allies’ resolve to sustain and even intensify efforts to arm Ukraine.

Despite Ukraine’s initial success in repelling Russian invaders, many expressed concern that a protracted conflict might favor the Russians due to the sheer size of their force and firepower.

However, according to Defense Secretary Lloyd Austin, the tide could turn if the international effort to help Ukraine intensifies in the coming weeks and months.

“Since Russia's invasion on the 24th of February, more than 45 allies and partners from around the world have rushed security assistance of their own to help Ukraine defend itself,” Austin said at a meeting of the Ukraine Defense Contact Group in Brussels, Belgium.

After the delivery of thousands of Javelin anti-tank missiles, artillery systems, and rounds of 155mm ammunition, what do the Ukrainians need? It is a question fully embraced by the international community and the Pentagon, which just announced that its latest aid package will include eighteen 155mm Howitzers, 36,000 rounds of ammo, and additional ammunition for Ukraine’s critical High Mobility Artillery Rocket Systems (HIMARS).

While there are some small arms and other equipment included in the weapons package, the most critical items are likely to be the long-range rockets. HIMARS and Multiple Launch Rocket Systems can fire twice as far as traditional artillery, allowing Ukrainian forces to attack advancing Russian units from standoff distances. Indeed, some HIMARS systems can strike targets up to 300 miles away, raising the question as to whether Ukraine should target ammunition depots, command and control facilities, and rocket launchers inside Russia.

Along with rockets and longer-range missiles, Ukraine is likely to need heavy armor and mechanized vehicles such as tanks, infantry carriers, and tactical vehicles. “To help Ukraine defend itself, the United States has provided it with Howitzers, Javelins, and huge amounts of ammunition, UAVs, Mi-17 helicopters, counter-artillery radars, tactical vehicles, and electronic jamming equipment,” Austin said at NATO headquarters.

The new support package announced by the Pentagon does include some tactical vehicles, but questions about tanks remain. Austin said the Ukrainians are getting tanks, but he did not provide any specifics. “[Meanwhile, other forms of military assistance from tanks to helicopters continue to flow into Ukraine,” Austin said. Outside of major urban areas, particularly on the flat plains in eastern Ukraine, tanks could be critical when it comes to battling a Russian assault. There are likely many Soviet-era tanks in Eastern Europe, and the Ukrainians clearly have a need for more tanks. Is Poland going to give Ukraine Soviet-era T-72 tanks? Better yet, what if Poland sent its recently purchased Abrams tanks to Ukraine and simply had them backfilled?

As much as mobile anti-armor weapons can be surprisingly effective, there is still a place for heavy armor, as it could not only defend urban areas but also help Ukrainian forces retake territory in the event that they are able to seize ground from Russian forces.

Kris Osborn is the Defense Editor for the National Interest. Osborn previously served at the Pentagon as a Highly Qualified Expert with the Office of the Assistant Secretary of the Army—Acquisition, Logistics & Technology. Osborn has also worked as an anchor and on-air military specialist at national TV networks. He has appeared as a guest military expert on Fox News, MSNBC, The Military Channel, and The History Channel. He also has a Master's Degree in Comparative Literature from Columbia University