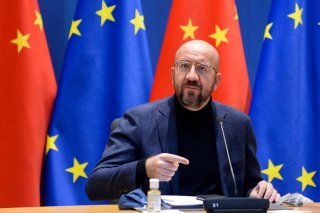 Seventy years since the creation of the European Coal and Steel Community (ECSC), the institutional predecessor to the European Union (EU), outside and internal pressure raises the possibility that the European integration project will not survive in its current condition. More problems than meets the eye lurk around the corner and statecraft seems to be a scarce skill in European capitals these days.

The main task facing European diplomats today, however, is to welcome Ukraine as a member of the EU and rectify the loss of a long-time member state, the United Kingdom.

With the rise of the British Empire at the beginning of the eighteenth century, Anglo-Saxon political and economic influence dominated the global picture for 250 years. During the twentieth century, Great Britain became an indispensable link between the United States and continental Europe. After Brexit, incantations from both sides claim that even without Britain things would be just fine. Nevertheless, the United States and its European allies will start to choose their separate paths.

Outside the EU, Britain no longer possesses the power or will to act as a cultural interpreter and explain to the two sides what the other one really means.

Ukraine’s position is almost exactly the opposite. It looks toward Europe as its political and cultural home. Ukrianians’ Euro-Atlantic ambitions have increased after Russia’s invasion and the country’s citizens feel that they have paid in blood to join the EU.

Ukraine’s survival is mainly due to U.S. and British military assistance but that should not disguise the fact that culturally, politically, and economically, Ukraine has much less in common with the United States and Great Britain than with its EU neighbors.

For example, Ukraine’s growing religious independence signals a shift away from the Russian cultural sphere. Two-thirds of Ukrainians see themselves as members of the Orthodox Church but in 2019, the spiritual leader of Orthodox Christians worldwide, the Ecumenical Patriarch of Constantinople, endorsed the formation of an independent Ukrainian Orthodox Church which ended centuries of religious ties between Russia and Ukraine. Ukraine is, maybe awkwardly, moving towards cultural values more similar to its Catholic and Protestant European neighbors to the west than its Orthodox one to the east.

And that may help in working with the EU. The conditions for becoming a member were laid down in the 1993 European Council meeting in Copenhagen, Denmark:

“Membership requires that the candidate country has achieved stability of institutions guaranteeing democracy, the rule of law, human rights, respect for and protection of minorities, the existence of a functioning market economy as well as the capacity to cope with competitive pressure and market forces within the Union. Membership presupposes the candidate's ability to take on the obligations of membership including adherence to the aims of political, economic and monetary union.”

This is a tall order for a country like Ukraine, which does not have an unblemished record on these issues since it gained independence in 1991. This might change, however, as the prospect of membership combined with the spirit of national renewal fostered by an external threat will serve as a catalyst for change. This might be wishful thinking but it would not be the first time in history that a nation and its citizens have emerged with a new identity after fighting for their survival.

While Great Britain was a reluctant, some might even say recalcitrant, member of the EU, Ukraine will be enthusiastic about membership and likely play an active role in deepening integration. It will find allies among former members of the Warsaw Pact such as Poland, with whom it has close ties due to Polish support. Ukraine’s economy will also be reliant on agriculture and manufacturing—a completely different structure than the British economy.

But Ukraine will also not be a new member state that says yes to everything. Kyiv will be grateful to be a member of the EU, but also confident and seeking to play a major role. After looking around the table, it may conclude that it has paid a high price to be listened to.

It is often characterized as heresy, or at least iconoclastic, but the truth is that after the collapse of the Soviet Union in 1991, NATO changed from being a military alliance to defend a common Western order to a vehicle for European support of U.S. military activities around the globe.

Britain still feels comfortable with NATO, notwithstanding the U.S. pivot to Asia to meet the challenge of a rising China. By contrast, Western Europeans are less enthusiastic about using NATO for activities in the Asia-Pacific region.

Russia’s attack on Ukraine has sparked security concerns in Europe but the weakness of Russia’s military performance has also demonstrated that, provided the EU countries rearm, a conventional attack on one EU member state stands little chance of success as long as the rest of Europe is ready to come to its rescue. Russia’s enormous nuclear arsenal, however, makes the strategic picture asymmetrical. The French nuclear deterrent is not sufficiently developed to match Russia’s arsenal.

Europeans must decide if the United States would respond in kind if Russia uses nuclear weapons in Europe. The fundamental question may not be NATO, but whether European and U.S. strategy coincides.

Currently, it does not look like it does. Due to its geography and history, Europe has disparate interests in Asia and China. China is seen as a partner for cooperation, an economic competitor, and a systemic rival. There are some anxieties about Chinese investment, but contrary to the United States, China is not painted as an enemy. Europeans have to live with Russia next door. North Africa and the broader Middle East region likewise implicate European interests and Europe’s engagement with regions stretches back more than 2,000 years.

The elephant in the room is that the United States may only play a role in Europe if European countries participate, in one way or another, in their build-up against China.

Such a quid pro quo is in reality a request to defend the U.S. position as the global superpower. The basic question for Europeans is whether they will pay a price during a military conflict in Asia, irrespective of their interests, by being drawn in on day one.

It is impossible to put this question on the table without recalling that since 1950 the United States has intervened abroad militarily numerous times in Asia and the Middle East. With the exception of South Korea, the United States has ended its interventions without any regard for the people it promised to help.

It is also impossible to overlook that China will act to protect its interests by entering into closer bilateral relationships with European countries. This is difficult for the EU to block unless it manages to build a strong Common Foreign and Security Policy that supplements economic integration.

Much will depend on whether Europeans see a large degree of congruity between their long-term interests and the current world order or whether it is ready to engage in reshaping an international system that has been dominated by the West.

In 1944, British prime minister Winston Churchill told French president Charles de Gaulle that “If Britain must choose between Europe and the open sea, she must always choose the open sea.” Before Brexit, Britain would work inside the EU to tilt decisions in this direction. Now, Europeans may be less inclined to prioritize transatlantic ties and focus more on continental issues. They might also be more willing to reshape the international system.

If the EU responds to this challenge, the future of economic and political integration will be determined by the willingness of Europe’s citizens to defend their interests.

If Ukraine becomes a new member state, the enlargement process will likely come to an end. It is likely that the EU will instead invent an alternative to membership, perhaps tailor-made for each non-member state in question, falling between membership and association. This may be useful for establishing institutional links with a “new” Russia and possibly Turkey, although the latter has not forgotten how the EU rebuffed it by providing it with an empty promise of full membership.

Europe will never be a global military power again but it may, however, become a global practitioner of soft power politics by dealing with issues such as human rights, climate change, the environment, resource management, and data regulation.