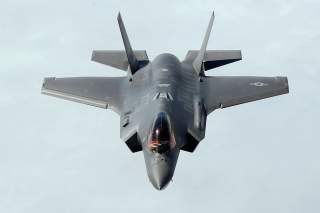 Key point: Ankara wants a homemade stealth program, but that technology is complicated and very costly. Turkey could succeed, but it likely won't be as good as the F-35.

Mark Episkopos is a frequent contributor to The National Interest and serves as research assistant at the Center for the National Interest. Mark is also a PhD student in History at American University. This article was originally published earlier in 2019 and is being republished due to reader interest.