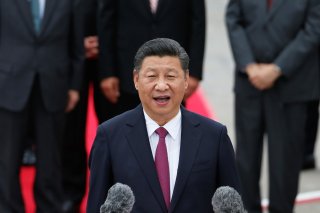 Zambian president Hakainde Hichilema thanked the Chinese government on Monday for its willingness to participate in Zambia’s creditor committee, an international group formed to help provide additional funds to the southern African country as it works to restructure its foreign debts.

“Thank you to China for joining the Common Framework,” Hichilema said at a press conference in Lusaka, Zambia’s capital, in reference to a restructuring process intended to help developing countries pursue debt relief. “Thank you … for agreeing to join the Common Framework to resolve the debt crisis.”

Hichilema added in his remarks that Zambia would attempt to boost the efficiency of its economy in several key areas, including through more efficient imports of fertilizer and gasoline and larger exports of wheat, in an effort to increase public revenues.

The International Monetary Fund (IMF), a major creditor to Zambia, has overseen its debt restructuring efforts and pushed it to implement economic reforms. IMF Managing Director Kristalina Georgieva indicated on Monday that Zambia had made “impressive progress” on those reforms during a meeting with Zambian finance minister Situmbeko Musokotwane and Zambian Central Bank governor Denny Kalyalya. “We share the hope for rapid progress on #Zambia’s debt restructuring so the IMF Board can soon consider the authorities’ program,” the director wrote on Twitter.

Georgieva broke the news last Thursday that China had agreed to join the creditor committee, with Yi Gang, the governor of the People’s Bank of China, expected to become co-chair. China holds nearly $6 billion in Zambian debt, while the IMF and other international agencies collectively hold slightly more than $2 billion. In all, Zambia is estimated to owe $32 billion, an amount substantially higher than the country’s GDP of roughly $25 billion.

During the COVID-19 pandemic, Zambia borrowed heavily to offset the virus’s negative impact on the country’s commercial sector. Consequently, public debt ballooned to 120 percent of its gross domestic product, leading it to pursue a default later in the year. In late 2021, the Zambian government reached an agreement with the IMF to borrow an additional $1.4 billion over the next three years, conditional on further negotiations.

In recent weeks, however, Zambian officials indicated their dissatisfaction with the debt restructuring process, with the finance minister claiming that the process had “stalled” at a recent IMF meeting.