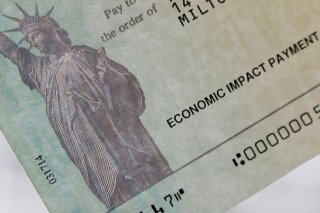 Beginning in March, the IRS began distribution of the third round of direct federal stimulus payments worth up to $1,400 as called for by the American Rescue Plan. Since then, the IRS has made significant progress in getting payments out to eligible Americans, though a group still exists who have not yet received the money they are eligible for.

The IRS has so far completed the distribution of seven separate batches of third-round stimulus payments, with the majority of checks sent out in the first two batches. Through the first seven batches, the IRS has distributed a total of 163 million payments with a value of roughly $384 billion. This figure represents almost 91 percent of the total funds allocated to the third round of stimulus payments.

The IRS announced recently that it had begun distribution of the eighth batch of payments. This batch is reported to include an additional 1.1 million checks totaling $2 billion and will bring the total number distributed to Americans to 164 million with a value of $386 billion.

This most recent batch of stimulus checks contains clues as to who is likely to be the main focus for the remainder of the third round of stimulus payments: those people for whom the IRS needs the information contained in 2020 tax returns.

The eighth batch of stimulus payments included over 585,000 checks worth over $1.2 billion sent to people that the IRS did not have on record before they filed their 2020 tax returns, according to the IRS. The most recent batch also included more than 570,000 checks valuing nearly $1 billion that the IRS describes as “plus-up” payments. These supplemental payments are intended for people that did not initially qualify or who qualified only for a reduced payment, but whose 2020 tax return indicates that they now qualify for a larger payment following a loss of income or a change in dependent status.

With the remaining focus for the IRS appearing to be on getting payments to those who they need information on that is found in 2020 tax returns, it is important that Americans get their 2020 returns submitted as early as possible. Doing so will also allow eligible Americans to take advantage of other important coronavirus-relief measures tied to tax returns.