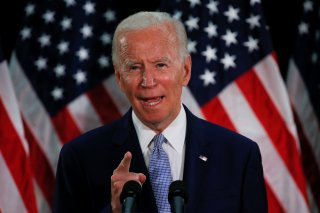 According to the latest weekly report from the IRS and other government agencies, the government’s most recent round of stimulus checks from the American Rescue Plan totaled 1.1 million checks, with a total dollar amount of more than $2 billion.

This round, the eighth since the payments began, was considerably less than the 2 million totals the last two weeks, indicating that the payments from the Rescue Plan are beginning to slow. The total amount of checks distributed to date are 164 million payments, with a total value of approximately $386 billion. The latest round had an official payment date of May 5.

The eighth batch also included a total of  570,000 "plus-up" payments, with a value of nearly $1 billion. Plus-up payments are received by those who already got a stimulus check but whose economic pictures changed between 2019 and 2020, therefore making them eligible for additional stimulus payments.

And of the 1.1 million checks in the latest batch, 600,000 were delivered via direct deposit, with the rest delivered via paper checks.

While the checks have slowed, they are not done rolling out yet.

“The IRS will continue to make Economic Impact Payments on a weekly basis,” the IRS announcement said. “Ongoing payments will be sent to eligible individuals for whom the IRS previously did not have information to issue a payment but who recently filed a tax return, as well to people who qualify for ‘plus-up’ payments.

There is every indication that the stimulus checks are having a positive economic impact so far. Retail sales have been surging, jumping nearly 10 percent in March and have also had impacts on individual and localized industries, such as casino gambling in Nevada.

It doesn’t appear likely, however, that a fourth stimulus check will be rolling out to all Americans this year. The Administration has not signaled that it supports another round of universal checks, while White House Press Secretary Jen Psaki on Wednesday stopped short of signaling reports for another round, noting that the White House would “see what members of Congress propose, but those are not free.” Dozens of members of Congress wrote to the president asking for such checks earlier this year, but it doesn’t appear such a proposal has the votes.

Psaki did tout the expanded child tax credit, which would continue through 2025 under President Biden’s proposal for an American Families Plan.

"If passed, the families of tens of millions of children will continue to get regular payments," Psaki told the press. "Obviously, we're continuing to evaluate what their needs are — to continue to get the pandemic under control, put people back to work, but we think that's a proposal with a long-term benefit."