Bill Gates: “Outrageous” That Americans Can’t Get Coronavirus Test Results Within a Day 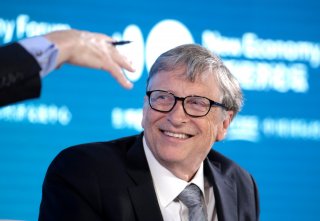 “Even today, people don’t get their results in twenty-four hours,” Gates said during an interview on “Fox News Sunday.”

“It’s outrageous that we still have that.”

The Microsoft co-founder, who has been warning about the threat of a global pandemic since 2015, noted that political leaders and health officials need to publicly admit the failures of the current testing situation and try to quickly find ways to improve the system.

“I do think we need to own up to the fact that we didn’t do a good job,” Gates said.

“Part of the reluctance I think to fix the testing system now is that nobody wants to admit that it’s still outrageous. . . . The U.S. has more of these machines, more of this capacity than other countries by a huge amount. And so partly the reimbursement system is creating a perverse incentive,” he said.

The United States has had more than 6.8 million confirmed cases of the coronavirus, resulting in nearly two hundred thousand deaths, according to the latest data from Johns Hopkins University.

Those figures place the country with a much higher rate of infection and death per capita than other developed nations, such as Australia, Germany, and Canada.

Globally, there are roughly 31.1 million confirmed cases and 962,000 related deaths.

Gates had previously said that it is “mind-blowing” that the U.S. government, months into the global pandemic, still hasn’t been able to improve upon its testing.

He added that he has been in touch with the federal government, recommending that the Centers for Disease Control and Prevention establish a public website to prioritize who gets tested and how quickly.

Gates, who is funding vaccine-development efforts by AstraZeneca, Johnson & Johnson and Novavax, stated that he expects the United States to make positive strides next year as a viable coronavirus vaccine becomes a reality.

“By next summer, the U.S. will be starting to go back to normal. And by the end of the year, our activities can be fairly normal, if we’re also helping these other countries,” he said.

“The end of the epidemic, best case is probably 2022,” Gates said. “But during 2021, the numbers, we should be able to drive them down, if we take the global approach. So, you know, thank goodness vaccine technology was there, that the funding came up, that the companies put their best people on it. That’s why I’m optimistic this won’t last indefinitely.”

In late July, Gates denied conspiracy theories that point toward him using coronavirus vaccines to implant tracking devices in the population. He was addressing a Yahoo News/YouGov survey that found 28 percent of American adults actually believe theories claiming that he would implant microchips in billions of people to monitor their movements.