CDC: 11,000 People Have Been Exposed to Coronavirus on Flights 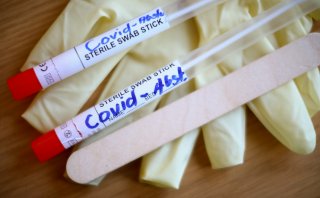 The U.S. Centers for Disease Control and Prevention has identified nearly eleven thousand passengers who were potentially exposed to the coronavirus during flights.

The agency, however, admitted that because of incomplete contact-tracing information and the fact that the virus incubates over several days, it has not been able to directly confirm a transmission case while in the air.

“CDC is not able to definitively determine that potential cases were associated (or not) with exposure in the air cabin or through air travel given the numerous opportunities for potential exposure associated with the entire travel journey and widespread global distribution of the virus,” Caitlin Shockey, a spokeswoman for the CDC’s Division of Global Migration and Quarantine, told the Washington Post.

There are currently 215 TSA employees with active infections, according to the agency.

This particular report comes after other studies in Asia and Europe pointing toward further evidence that the coronavirus has the potential to spread on commercial flights.

Late last month, one woman was found to have contracted the coronavirus in a restroom on an airplane, according to researchers from Soonchunhyang University College of Medicine in Seoul, South Korea.

The study, published in the CDC Prevention’s journal Emerging Infectious Diseases, said the twenty-eight-year-old woman was among 310 passengers on an evacuation flight amid the coronavirus outbreak from Milan, Italy, to Incheon, South Korea, on March 10.

“On the flight from Milan, Italy, to South Korea, she wore an N95 mask, except when she used a toilet,” the study’s authors wrote. “The toilet was shared by passengers sitting nearby, including an asymptomatic patient. She was seated three rows away from the asymptomatic patient.”

“Given that she did not go outside and had self-quarantined for three weeks alone at her home in Italy before the flight and did not use public transportation to get to the airport, it is highly likely that her infection was transmitted in the flight via indirect contact with an asymptomatic patient,” the researchers wrote.

Despite the findings, the CDC has determined that the virus does not spread easily on flights.

Moreover, most planes now feature air filters that are designed to trap 99.99 percent of particles, face masks and coverings are mandatory, and there are more thorough cabin cleanings after each flight.