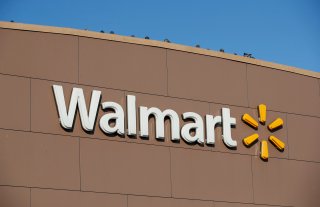 In an effort to reduce large crowds during the ongoing coronavirus pandemic, Walmart has decided to turn Black Friday into separate events that last nearly an entire month.

The country’s largest retailer has announced plans for three sales events—scheduled for the first, second, and fourth weekends of November—that will initially begin on its website before landing in stores a few days later.

Customers can expect to see hundreds of discounted items, including electronics, toys, and apparel, according to the company.

“We’ve been very thoughtful as we planned this year’s event,” he said in a news release.

“By spreading deals out across multiple days and making our hottest deals available online, we expect the Black Friday experience in our stores will be safer and more manageable for both our customers and our associates.”

Walmart’s first Black Friday event, featuring toys, electronics, and home products, will start online on November 4 and then head to stores on November 7.

The second event, which will place heavy focus on HDTVs, smartphones, computers, and tablets, is slated to begin online on November 11 and move to stores on November 14.

The final event, featuring electronics, toys, apparel, and seasonal decor, will start online on November 25 and then be available in stores on November 27.

Walmart added that so-called “Health Ambassadors” will be stationed at entrances throughout stores to remind people to wear their face masks or coverings. Social-distancing will also be enforced via capacity controls and one-way shopping lanes.

Despite these types of mega-sales events, foot traffic in stores is expected to be down 22 percent to 25 percent year-over-year during the six weeks of the holiday season, according to ShopperTrak’s annual holiday forecast.

The report also noted that the ten busiest shopping days of the holiday season will account for 34.2 percent of all holiday traffic, which is down considerably from last year when it was 46.5 percent.

E-commerce sales, however, have continued to surge amid the current pandemic. Between the first and second quarters of this year, overall sales were higher by more than 30 percent, according to recent data released by the U.S. Department of Commerce. E-commerce now accounts for more than 16 percent of all U.S. sales.

In the previous quarter, Amazon reported sales of $88.9 billion, up 40 percent from $63.4 billion a year prior and well ahead of the company’s own forecast of $75 billion to $81 billion.

Walmart reported a 97-percent surge in online sales, which came after the company’s digital sales rose 74 percent in the first quarter. Target also largely blew past every forecast on Wall Street as it attracted millions of new customers online—which helped the company nearly triple its digital sales from a year earlier.