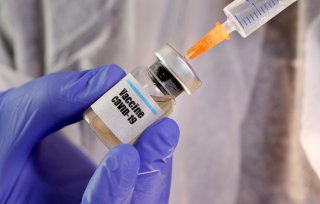 When a viable coronavirus vaccine is eventually green-lighted in the United States, the shot likely won’t be mandated by the federal government, according to White House coronavirus advisor Dr. Anthony Fauci.

“I don’t think you will ever see mandating of a vaccine particularly for the general public,” the director of the National Institute of Allergy and Infectious Diseases said Tuesday in a virtual townhall organized by Healthline.

“They have the right to refuse a vaccine. I don’t think you need a contingency plan. If someone refuses the vaccine in the general public, then there’s nothing you can do about that. You cannot force someone to take a vaccine.”

There are, however, growing concerns that a substantial portion of the U.S. population, particularly those within the anti-vaccine movement, may refuse to get vaccinated when a shot becomes available.

Even as the United States continues to witness a surging number of deaths due to the novel coronavirus, a recent Gallup poll revealed that 35% of Americans would still refuse to roll up their sleeves for a free vaccine—even if it is approved by the U.S. Food and Drug Administration.

As for who within the population would receive the initial rounds of the vaccine, Fauci said the Advisory Committee of Immunization Practices, which guides the Centers for Disease Control and Prevention along with a newly formed committee by the National Academy of Medicines, will be in charge of making those important decisions.

“They will decide who will benefit and need the (vaccines) the most. And that is done independently of the companies and people involved in the trial,” he said, adding that by the end of 2021, there should be enough doses for anyone who wants one.

The nation’s top infectious disease expert was also asked about Russia’s new coronavirus vaccine, which was given regulatory approval before a critical phase three trial was performed.

“We have to be careful when you hear from Russia or China or anyplace else that they have a vaccine that they know works,” Fauci said.

“They may have a product that they’re willing to take the risk to give it to people without necessarily showing yet that it’s effective or that it’s safe.”