LGBT Coalition Calls on Biden to Ramp Up Monkeypox Fight 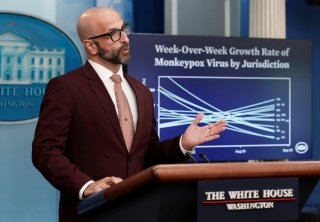 A coalition comprising more than a hundred LGBT advocacy groups has urged Congress and the White House to earmark an additional $4.5 billion into efforts to stymie the current outbreak of the monkeypox virus, The Hill reported.

“We urge the administration to request the full amount necessary to combat this problem rather than a piecemeal approach that would fall short of the real community health needs,” the groups wrote in a letter sent out earlier this week.

“Simultaneously, it is imperative that the administration be transparent in providing the data that undergirds its recommendations as well as provide a more substantive breakdown of how it proposes the money be apportioned,” they continued, adding that a minimum of $100 million should be allocated to sexual health clinics.

Human Rights Campaign’s interim president Joni Madison noted in a statement that the organizations are “disappointed” with the fact that GOP members of Congress have refused to include funding for monkeypox treatment or testing in its government shutdown-averting stopgap legislation that sustains federal funding at current levels.

“Government entities must do better to prioritize reaching BIPOC gay, bi+, and transgender and non-binary individuals, especially those individuals living with HIV,” she said.

Roughly four months into the global outbreak—which the World Health Organization (WHO) declared to be an international emergency back in July—there are more than 68,000 cases across 106 countries, according to the latest data compiled by the Centers for Disease Control and Prevention (CDC). In the United States, there are more than 25,000 monkeypox infections across all fifty states.

On Thursday, new CDC data, collected from thirty-two states from the end of July through early September, indicated that eligible individuals at risk for monkeypox who have not received a single dose of vaccine are fourteen times more likely to get infected with the virus compared to those who have gotten a shot.

“There have been limited data on how well the Jynneos vaccine performs against monkeypox in real-world conditions,” CDC Director Dr. Rochelle Walensky told reporters during a briefing on Wednesday. “These new data provide us with a level of optimism that the vaccine is working as intended.”

According to Bob Fenton, the White House monkeypox response coordinator, more than 800,000 doses of the monkeypox vaccine have been given out so far.