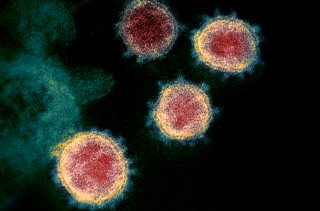 A study conducted by researchers at the University of Sydney is suggesting that low humidity and drier air can contribute to increased risk of transmission of the coronavirus.

The findings, which were published in Transboundary and Emerging Diseases, built on previous research in June that focused on community transmission in the greater Sydney area.

“This second study adds to a growing body of evidence that humidity is a key factor in the spread of COVID-19,” Professor Michael Ward, an epidemiologist in the Sydney School of Veterinary Science at the University of Sydney, said in a news release.

The study’s data estimated that for every 1 percent decrease in relative humidity, coronavirus cases have the potential to climb by 7 percent to 8 percent.

In settling on these figures, the researchers analyzed daily coronavirus cases from February to May that were reported by health officials in the southeastern Australian state of New South Wales. They later matched that information with officially recorded weather data.

Ward noted that there are important biological reasons as to why humidity can affect the overall transmission rates of airborne viruses.

“When the humidity is lower, the air is drier and it makes the aerosols smaller. When you sneeze and cough those smaller infectious aerosols can stay suspended in the air for longer. That increases the exposure for other people. When the air is humid and the aerosols are larger and heavier, they fall and hit surfaces quicker,” he said.

In another study that was conducted by the U.S. Centers for Disease Control and Prevention, the researchers discovered that the novel coronavirus was “more stable” in lower temperatures and less humid conditions.

“We found that environmental conditions affect the stability of severe acute respiratory syndrome coronavirus 2 in nasal mucus and sputum,” the researchers wrote.

“The virus is more stable at low-temperature and low-humidity conditions, whereas warmer temperature and higher humidity shortened half-life. Although infectious virus was undetectable after forty-eight hours, viral RNA remained detectable for seven days.”